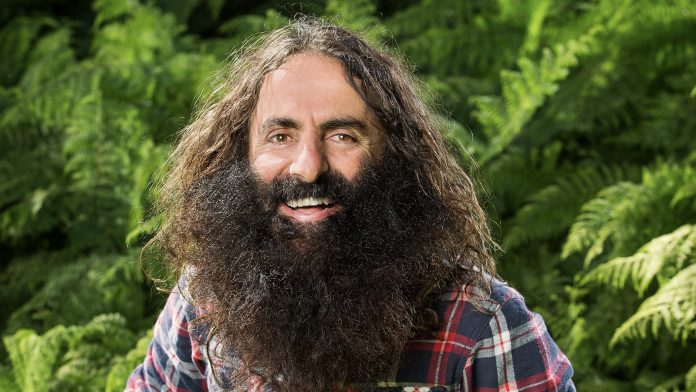 Costa Georgiadis is an Australian landscape architect and television presenter. Georgiadis is best known as the host of ABC’s Gardening Australia. Georgiadis grew up as a second-generation Greek Australian in North Bondi on the same street as his grandparents and uncle. His yiayia and pappou fostered his early interest in gardening.

Costa discusses his upbringing, career, and the women who have influenced him.

Best known for: The host of Gardening Australia

My paternal grandmother, Julia, was sent to Sydney from Greece for an arranged marriage. But when she met her intended husband, she refused to proceed as he didn’t resemble the photo she’d been shown. Back then her action was a massive deal.

Julia was a business brain. When she met my grandfather, Constantine, they bought a property in Nyngan, on the Bogan River in central west NSW, and created a market garden. For someone who came from nothing, she had incredible acumen.

My maternal grandmother, Elpida, lived down the road from us in North Bondi. Her love wrapped around me as soon I stepped through her door. It was a place whereas a little one I felt so safe.

Elpida lost her husband, Isaac, when my mother, Anne, was about seven. She raised two children on her own and ran the warm roasted nut stands on Sydney railway stations started by my grandfather. She was an amazing lady.

I see so many traits of my yiayias [grandmothers] in my mum. She had a bottomless capacity to keep everyone’s life in her orbit. Mum made sure us kids did Greek language school, and my two older sisters, Elisa and Julie, went to Greek dancing lessons. Mum passed away in 2002. I feel little warm flushes when I think of her.

My teen holiday crush was Heather. We met while I was at a friend’s weekender at Lake Macquarie, north of Sydney. He fell in love with this girl, and Heather was her friend. But on the drive home, Mum was the voice of reason. She said nothing would ever happen between us, because Heather was from a girls’ school 540 kilometres to the north, near Narrabri. I was 14 and appreciated Mum’s bluntness.

I met Sandra while studying landscape architecture at the University of NSW. She was a country girl from Tumut, and her parents ran their own business, like my electrician dad, Stan. We had great times together and went out for four years, but I’d always said that once I had qualified, I was going to travel. I didn’t expect her to wait for me, so when she found a new relationship I accepted that.

I was in Europe for three years. While I lived in Vienna, I saw an American girl from Prague. I was living and working across Austria and hanging out with incredible dancers, musicians, and ecologists. I’d aimed for this period for so long that when I was in it, I just flapped around in its pool.

I am not in a romantic relationship at present, as I’m romantically involved with my life. Maybe that has made it a little more challenging to be in a relationship. When you are happy and content, sometimes people aren’t quite sure how to deal with that. They think something is missing and wonder why you don’t have all the “normal” things.

A difficulty with my life is that I can’t guarantee my presence. Given that my time is not necessarily free to create the balance a relationship would require, I haven’t actively pursued one.

Around 65 percent of our Gardening Australia team are women. That’s the realm across everywhere I work and everything I do. I understand why women run sustainability projects, enterprises, and businesses. That female energy has infused the places it’s needed.

The male posturing of conflict and confrontation, “We’re going to beat nature, the bugs and the weather – and are going to win” … the tide has shifted. Female energy, nurture, and caring for country are what’s needed.

I have two chooks, Awesome and Flighty. They are a nice balance in my life. During lockdown, they’ve been roaming around the garden. I open this old wooden window, throw a banana out and they go freaking bananas. They’re my housemates. They keep me grounded and honest.

Gardening Australia airs on Fridays at 7.30 pm on ABC TV and ABC iview.