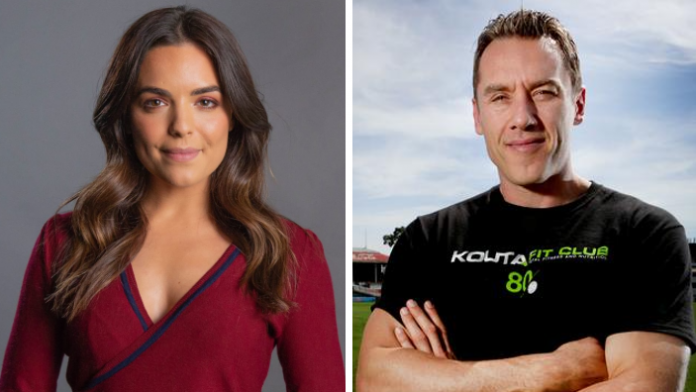 AFL legend, Anthony Koutoufides, and actress, Olympia Valance, will be hitting the dance floor this year as they join the new season of ‘Dancing With The Stars: All Stars.’

Koutoufides won the dancing show in 2006 and decided it was time to return after 15 years.

“This will certainly test the old body but looking forward to the challenge again. Bring it on!” Koutoufides wrote on Instagram.

Greek Australian actress, Olympia Valance, will also be returning to the dance floor after first appearing on season 16 of the show in 2019.

“My two young girls are absolutely obsessed with dancers and ballerinas and I thought if they could see me with real live professional dancers, I’d become a cool dad,” Kris Smith, who shares two daughters with Sarah Boulazeris, told The Daily Telegraph.

“And also, if the last few months have taught me one thing, it’s to take every opportunity and enjoy it.”

Production is currently underway on the latest ‘All Stars’ season that will again be hosted by Sonia Kruger and Daryl Somers on Channel 7.