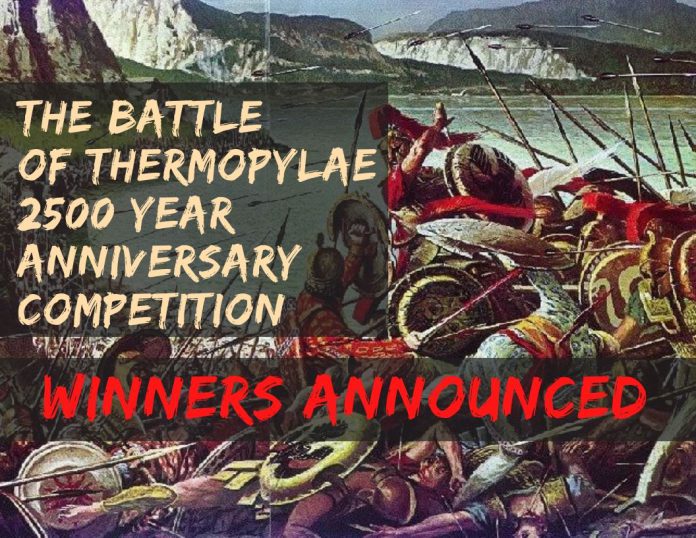 Today we announce the winners for the Battle of Thermopylae 2500 Year Anniversary Competition, each of whom will be receiving a $500 cash prize and will be featured in Wednesday’s edition of The Greek Herald!

First we would like to say a massive THANK YOU to everyone who submitted an entry for the competition. We were overwhelmed with responses, receiving works from schools and universities across the country.

The competition was launched to commemorate the 2500 year anniversary of the Battle of Thermopylae in 480 BC. It required people to submit any piece of writing or artwork, which was then be selected by the team at The Greek Herald.

People truly activated their creative minds. We received a variety of colourful artworks and paintings, along with beautiful pieces of poetry and historical recounts.

We are happy to announce that the winners of the competition for each category are:

Congratulations to the winners and thank you to everyone who sent in a piece of work for the competition!

We would also like to send a special thanks to the runners up for each category:

Both the winners and runners up pieces of work will be featured next week online.