What is the custom of Protomagia (1st of May) and why do Greeks celebrate it? 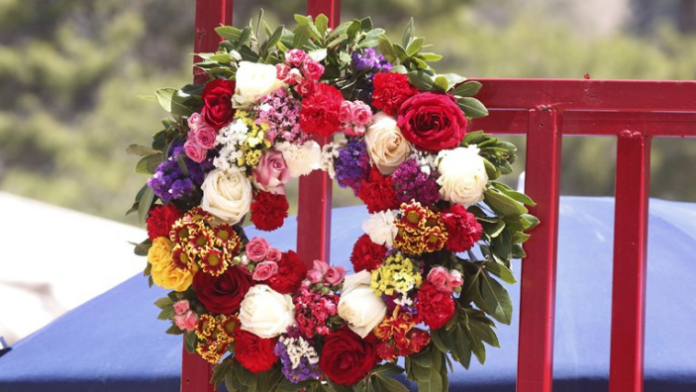 In many countries, 1st of May is International Labour Day. In Greece, Labour day is also celebrated and is called Protomagia (which literally means the first day of May).

On this day, people usually spend time with their families, and go to the countryside for picnics, kite-flying and wildflower picking which they then use to make a wreath. The day is celebrated as a national holiday in Greece and all shops are closed.

May is a month of joy for Greeks. The most known custom is the May wreath which is hung to the main door of the house on the 1st of May. It is kept there until the 24th of June when the wreaths are burnt in bonfires known as St. John’s fires.

The wreath is always made with colourful flowers, it is placed on the front door as per tradition, to welcome the beauty of nature and symbolises rebirth. In urban cities, you can buy beautiful knitted wreaths in flower shops. But Greek families tend to gather that day in the countryside to appreciate nature.

May Day has roots from ancient times

According to Greek legend, the month of May has two meanings: the rebirth and death, but also the good and the bad. The good and the bad can be seen as the battle between Summer and Winter, and the struggles accociated with the harsh conditions of Winter versus how the summer times would overcome these struggles.

There is also a realtion to Dimitra, the goddess of agriculture, and her daughter Persephone, who was taken to the underworld by Hades. According to the myth Pesphone’s mother was so upset her daughter was gone that everything began to die, when her daughter did come back to earth, everything began to bloom again. The myth is strong symbol of the rebirth of nature and the begging of summer, just as the May Day celebrations.

The ancient May Day celebrations have been passed throughout the centuries kept alive by different rituals and practices.

The Αnthesteria was one of the oldest and earliest flower celebrations. The Anthesteria contained a number of rituals and ceremonies in which Greeks carried flowers to sanctuaries and temples. This ritual first began in Athens and then later was celebrated in other cities.

Even when the Romans invaded Greece, these rituals continued to exist, although with minor changes. Both Ancient Romans and Greeks believed that flowers represented power, glory, happiness and joy.

In many other regions of Greece May is personified with the “Magiopoulo” which means May child. In this tradition, a child is decorated with flowers and wanders around the village streets with other people around him singing and dancing songs about May.

In Nafpaktos, the “May child” is accompanied by elderly men who wear the traditional fustanela skirts, and hold with them willow tree blossoms. In Parga, children from the early morning visit neighbours houses and sing songs about May holding branches of an orange tree. Each region of Greece celebrates this day slightly differently, but the message of the rebirth of nature is consistent.

Protomagia began as a celebration of the transition from winter to summer, it was seen as a triumph for the people because they had survived the harshness of winter.

Today protomagia is a joyfull holiday that is it about the appreciation of nature and is enjoyed by Greeks across the country but also in the diaspora.