On this day in 1865, Greek novelist Andreas Karkavitsas is born 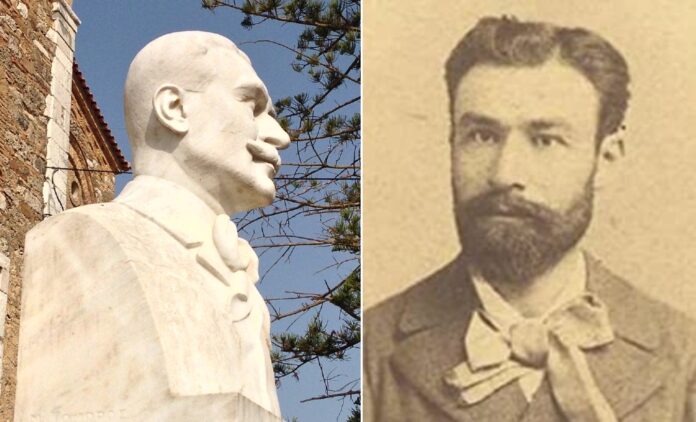 Andreas Karkavitsas is known in history as a highly intelligent Greek novelist and the pre-eminent representative of naturalism in modern Greek literature.

Karkavitsas was born on March 12, 1865 in Lechena, Ilia, as the eldest of eleven children. In 1883 he enrolled in Medical School at the University of Athens, from which he graduated in December 1888. However, it was in Athens where he became associated with legendary poets Kostis Palamas and Konstantinos Hatzopoulos, sparking his love for writing.

The announcement of the Hestia short story competition pushed him into the field of writing. He travelled to the villages of Roumeli to collect folklore and historical data, which he used in his first works. In 1889, he enlisted in the army and recorded his impressions in a series of travel notes, which he used in his novel The Beggar (1897).

Following the end of his military service in 1891, he worked as a doctor on the steamer Athens. Similarly with his military experiences, he documented his life sailing across the Mediterranean and the Black Sea in his travel diary ‘East and West‘.

Karkavitsa’s prose initially moved in the context of idyllic ethnography, with several folklore elements, and gradually moved towards realism. From his eighty short stories, he produced the Words of the bow (1899) collection.

In 1904 he produced his final great work, The Archaeologist, which projected his ideas for a fruitful relationship between modern Greeks and the ancient Greek culture.

On October 22, 1922, he died of tuberculosis of the larynx at his home in Maroussi. His companion in the last years of his life was Despina Sotiriou. Several streets in Greece have been named after him.

If someone … persuaded me to choose exclusively between Papadiamantis and Karkavitsas, I would stand reverently in front of Papadiamantis, kiss his hand, and vote for Karkavitsas.