On this day: Greek singer, Haris Alexiou, was born 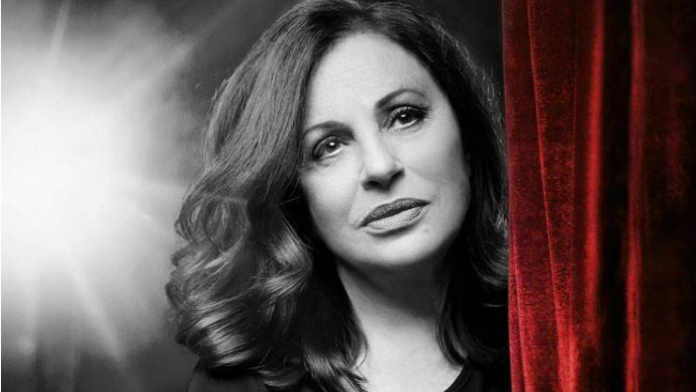 Famous Greek singer Haris Alexiou made memorable contributions to the Greek performing arts. An extremely successful artist, she has worked with endless Greek songwriters and composers and performed at top musical theatres across the globe.

Haris Alexiou was born on December 27, 1950 as Hariklia Roupaka in Thebes, Greece. Her family moved to Greece following the signing of the Treaty of Lausanne in 1923.

In 1972, Alexiou made her first big appearance onto the musical scene. She successfully auditioned for a multi-artist album, featuring notable Greek singer George Dalaras, produced by Apostolos Kaldaras. This album became an instant success and was one of the biggest hits of the 1970s.

Alexiou finally released her first personal album in 1975, titled ‘ 12 ‘Laika’ Song, where she explored her own style, singing a variety of traditional songs, ballads, folk songs and rebetika.

Over the 1970s and 80s, Alexiou continued to collaborate with remarkable Greek artists and headlined many concerts. At this point in her career, her popularity reached its peak and she quickly became known as ‘Haroula of Greece’.

In the late 1980s, she began to work in theatre, presenting the musical, ‘The Show In On’, together with Dimitra Galani and Yiannis Parios, in Athens and Thessaloniki.

Over the next decade, she continued to release successful, beautiful music, while expanding her wealth of talent.

In September 2000, the album ‘Whispers’ was released. It included her favourite songs performed by her and a piano only. In October, she presented these songs in the Athens Concert Hall and in the ancient Epidaurus Odeon, accompanied by a small musical ensemble. In this same year, she formed her own record company, ‘Etsia’.

In 2004, the Olympic Games were held in Athens. Haris Alexiou, sang at the closing ceremony, along with D. Galani, Marinella, Y. Parios, G. Dalaras.

In July of 2020, at age 69, Alexiou announced that she would be stepping down from the stage, retiring from her long and extremely successful musical career.