Miracles in the ancient Asclepeion 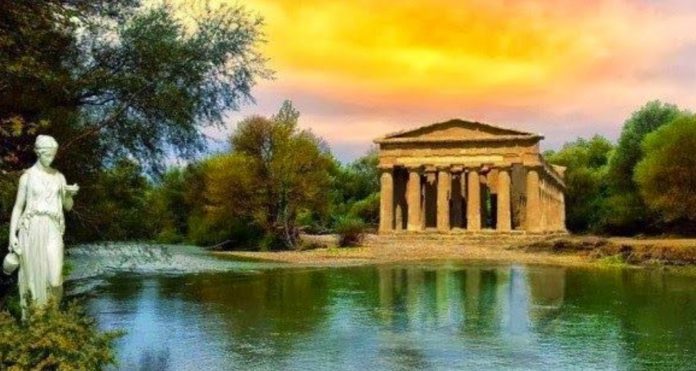 The Asclepieia were sanctuaries and places of worship of the holy physician and healer god Asclepius. They were the first hospitals, or rather complexes of health buildings, not only in Greece but in the whole of western civilisation.

According to Homer, Asclepius and his two sons were regarded as the first ‘doctors’, inheriting the secrets of the medical art and carrying it down through generations. However, it was the teachers of the Asclepieion that carried their medical legacy to Greek healers.

Hippocrates was the most famous teacher of the Asclepieion, teaching the Medical School of Kos. He was descended from the son of Asclepius, Podaleirios, a fact that is assumed to be proved by his family tree.

Hippocrates is still internationally recognised as the “Father of Medical Science” as he was the one who clarified and published the first and basic principles of this science. The “Oath of Hippocrates” also remains an accepted sacred declaration of the obligations of doctors.

According to written sources, the priests/doctors in Asclepieia worshiped Asclepius by offering health to ‘men’ (patients and beggars). All men were treated with sacred respect, as a complete being with strong characteristics. Illness was seen as the result of complex and negative interactions with the environment, along with psychological, spiritual, and physical factors.

Health care in during this time seemed to have been aimed at normalising internal conflicts and restoring harmony, with the help of medicine.

As the Temple of Asclepius was so sacred, visiting the monument was not a simple task. The Priests of the Temple had to call you. It was preceded by fasting, a laxative bath and mental purification. The whole process was headed by the High Priest and was assisted by priests who performed the duties of a deacon.

The Temple of Asclepius remains a great mystery. Patients with incurable diseases were treated. The blind found their light. Paraplegics were walking again. The healing power of Asclepius has been known to the Priests since ancient times. Yet, their healing tradition was secret and was only revealed to the young missionaries.

Miracles recorded in the inscriptions of Epidaurus:

1. Cleo was pregnant for five years, and could not give birth. She came to the Temple and slept in Avaton. As soon as she woke up and went out of the Temple, she gave birth to a son, who immediately walked. To thank the gods, Cleo engraved the following on an inscription: “It is not the grandeur of the inscription that is admirable but the Deity, because Cleo was pregnant with the baby for five years until she slept in the Temple and Asclepius healed her”.

2. A man suffered from paralysis in his fingers. He visited the Temple of Asclepius seeking treatment. As he played dice outside the Temple, the god appeared, grabbed his hand, and stretched out his fingers. After that the man could move all his fingers. God asked him if he was still skeptical of what the temple inscriptions said. The man said, “No more.”

3. A little boy could not speak. He came to the Temple with his father to worship the gods. While making the necessary sacrifices and rituals, a Priest appeared bringing fire from the Altar of the gods. He looked at the boy’s father and demanded he promise that if his son was healed, then the father would donate a votive offering to the Temple of Asclepius. Suddenly the boy replied: “I promise.” The boy’s father was shocked by the miracle and asked his child to repeat what he said. The boy repeated the words, and since then his voice has fully recovered.

5. A blind man from both eyes arrived at the Temple of Asclepius. His eyes were so damaged that in the niches there was nothing but eyelids. As soon as he fell asleep, the blind man saw a vision. Asclepius appeared, prepared a medicine and after lifting the patient’s eyelids, he smeared the area with the medicine. When he woke up the man had light in both eyes.

Share
Facebook
Email
Twitter
Pinterest
Linkedin
WhatsApp
Viber
Print
Previous articleOn this day in 1923, the Greek-Turkish border was defined with the Treaty of Lausanne
Next articleConductor George Ellis on the ‘musical energy’ he gets from his Greek heritage