On This Day: Greek rock musician, Lavrentis Machairitsas, was born 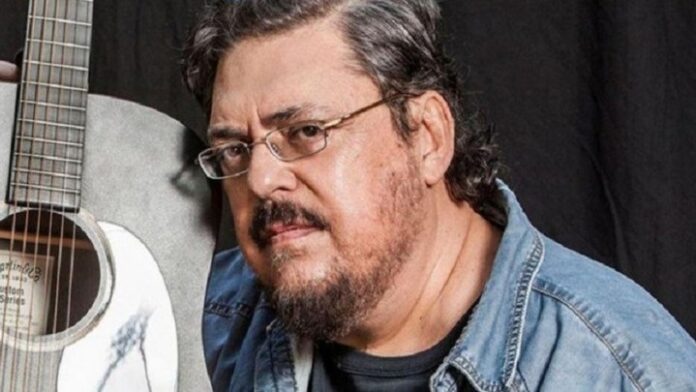 On this day in 1956, famous Greek rock musician, Lavrentis Machairitsas, was born in Volos. To celebrate this day, we take a look back at some of his achievements.

Machairitsas was only six years old when he began taking piano lessions. His passion for music grew when he discovered The Beatles and bought their record ‘Help!’

Machairitsas’ first job was at a record store, however, his poor attitude got him fired. He was also known for misbehaving in school, having started a fight with one of his teachers and being expelled from his high school at the time. He was later banned from other high schools around Greece.

With schooling not an option for Machairitsas, he was forced into work. After working at several jobs without settling, he eventually joined the army, serving for 14 months.

The band began in Greece, however, they decided to relocate to Paris in the hope of becoming popular musicians outside of Greece. By 1982, Armageddon was released, becoming the bands first album.

The album wasn’t very popular upon release, and so for their second album, the band changed their name to Τερμίτες (Termites) and started singing in Greek.

Their popularity grew by 1984, after the release of their third record. In 1986, they released their fourth album.

After a highly successful music career, Termites would release their final album, Perimenontas Tin Vrochi (Waiting For the Rain), in 1988.

Machairitsas would then venture into a solo career as a writer and performing artist. His music became very popular, with his 1991 album, ‘Didymoteicho Blues.‘

In 1995, Machairitsas would release what many regard as his greatest album, ‘Parathyra Pou Kourase I Thea’.

Machairitsas, as his albums were highly successful, would often hold concerts all over Greece, with musical partner Tsaknis. He had many concerts with highly successful musicians such as Eleftheria Arvanitaki and Christos Thivaios.

On the 9th of September 2019, Machairitsas suffered a heart attack in his sleep, passing away at the age of 62.

Remembering the Greek victims of the 9/11 terror attacks