On This Day: Greek poet, Nikiforos Vrettakos, was born 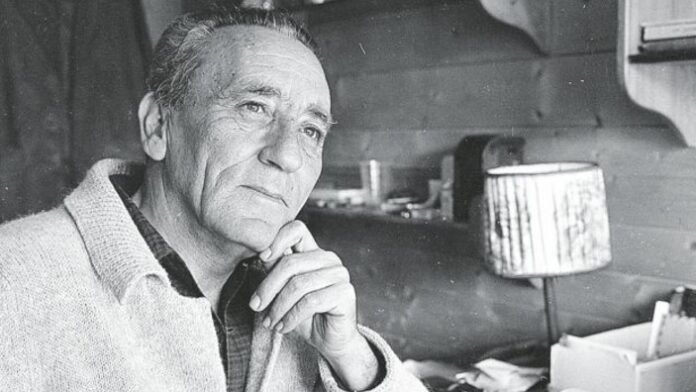 Nikoforos Vrettakos was one of the most influential literary figures in Greek history. His work skillfully expressed his vision of a Utopian world filled with peace and justice for all.

On the occasion of his birth, we take a look back at his life achievements.

After completing his secondary education in Gythion, he settled in Athens to begin his university studies in 1929, with hopes to study law. But financial circumstances restricted him from completing his education. Instead, he took up manual labour jobs, which he continued until 1932. Although he was unable to receive a tertiary education, he continued his passion for literature and poetry.

In 1929, at the young age of 17, he published his first collection of poems “Under the shadows and lights” and in 1933, the collection “Going down to the silence of centuries.” Both of these collections immediately attracted the interest of many Greek people and even caught the attention of Kostis Palamas, a famous Greek poet.

In 1935, Vrettakos published the book, “The war,” which was censured by the 4th of August Regime also known as Metaxas Regime.

Along with his literary work, he worked as a journalist in the newspapers “Change,” “Independent Press,” “Progressive Liberal,” “Daily News,” “Battle,” “Hour” and in the magazines “Science and Life” and “Greek Chronicles.”

Vrettakos also led a fairly active political life, serving in the Greek-Italian War, joining the National Liberation Front and also being an active member of the Communist Party of Greece.

However, in 1949, he published a lyrical essay “Two people talk about peace in the world,” expressing his personal political beliefs which led to his eventual removal from the Communist party of Greece.

He later also stopped working at the magazine “Elefthera Grammata” where he was a manager.

In 1967, Vrettakos went into a self-imposed exile in Switzerland in response to the military dictatorship takeover of Greece. During his time in Europe, he participated in various radio broadcasts and poetry festivals.

In 1974, he returned to Greece and settled in Athens. He later returned to his village, Ploumitsa, where he remained until his death in 1991. He passed on August 4, 1991, just a few months after he was named an Honorary Doctor at the National and Kapodistrian University of Athens.