Battle of Crete: The facts behind one of the most important battles of WWII 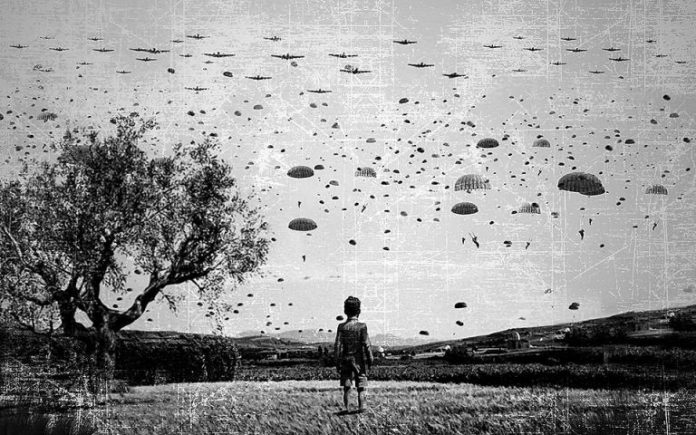 This week marks the 81st anniversary of the Battle of Crete. While the Germans eventually managed to conquer Cete after a 13-day battle, it nearly came at the price of an entire air-borne division. In the face of crippling supply shortages and devastating Axis advancement, the Allied forces fought alongside the Cretan people. The Greek Herald takes a look at the largest air borne invasion ever attempted by Nazi Germany.

1. Who was involved? The Axis powers, Germany, and Italy, faced an army almost twice the size of theirs, consisting of Greece, Britain, Australia, and New Zealand. Just over 23,000 Germans and 2,700 Italians joined forces to take on just over 42,500 Allies.

2. A historic and defining moment of WWII. The largest air borne invasion ever attempted by Nazi Germany and Germany’s worst airborne disaster. The operation was planned by Germany to be the first air-based invasion in history.

4. Background. German High Command began considering how to invade Crete. Some wanted to focus on the imminent invasion of the Soviet Union, and let the Allies have the island. But others, including Hitler, were concerned about the danger British forces posed on Axis operations in the eastern Mediterranean. With Crete as a base, the British Royal Air Force could attack naval convoys and their bombers could strike at the vital oil fields in Romania. Playing on these concerns, an aerial invasion of Crete was heavily advocated to bypass the Royal Navy and seize control of the island.

5. Operation Mercury. The initial invasion force consisted of 750 glider troops, 10,0000 paratroopers, and 5,000 mountain infantries. The three groups were given mythical codenames to fit with Operation Mercury. Group West was named Comet, Group Centre was named Mars, and Group East was named Orion. These groups were directed to target Maleme, Souda Bay (Rethymno), and Heraklion, respectively. The capture of Malime, the largest airfield of Crete, would allow the rapid deployment of supplies and reinforcements to secure the island.

6. How it all came to an end. British naval dominance and ANZAC allies kept Crete safe for a month following the invasion of Greece. The Allies faced critical supply shortages. Equipment shortages were so severe that in many places, Allied soldiers were forced to dig defensive positions with their steel helmets. Ammunition was in short supply. While they still outnumbered the invaders by a wide margin, dwindling food and ammunition were taking their toll on the defenders, and enemy air superiority proved devastating. This led many Cretans to evacuate to Egypt and therefore concede defeat.

7. The Cretan resistance was birthed just two weeks after the Battle concluded.

8. The price paid. 6,000 men were killed and nearly 300 aircraft were destroyed. These losses led Hitler to conclude that resources would never again by used in a large-scale airborne invasion. At least one German battalion lost over two thirds of its men within the first few hours of 20 May 1941. The Cretan people took advantage of the invaders’ weaknesses, attacking paratroopers as they landed, and leaving behind a graveyard.

9. The razing of Kandanos. The Battle of Crete led to the razing of Kandanos in western Crete. It was destroyed for atonement of the killing of 25 German soldiers. In retaliation for the murder of a paratrooper platoon by an ambush of armed men and women, Kandanos was destroyed and about 180 Cretans were killed on 3 June 1941. For the brutal murder of German paratroopers, and because men, children, and priests dared to resist to the Great Reich, Kandanos was destroyed so that it will never be built again. Kandanos has been rebuilt, with a local war memorial, since.