5 historic female Greek scientists and philosophers you should know about 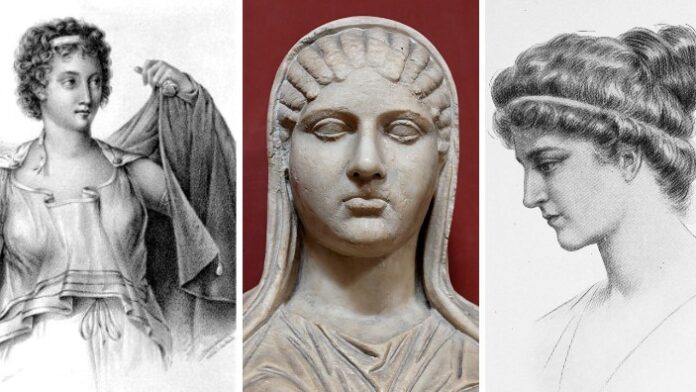 The International Day of Women and Girls in Science is celebrated every year on February 11 to promote full and equitable access to science and recognise the fundamental role women and girls play in science and technology.

To mark the momentous day, The Greek Herald takes a look back at the top five female Greek scientists and philosophers you should know about.

Also called Aristoclea or Theoclea, Themistoclea (6th century BCE) was a priestess at Delphi. She was one of the teachers of the famous Greek philosopher and mathematician Pythagoras, who claimed to have learned all his moral doctrines from her. Unfortunately, not much information about her has survived.

Born in Miletus in Asia Minor, Aspasia (470-410 BCE) was an important figure in Classical Athens. While few sources can tell us how she immigrated to the city state, she was known as the partner of Pericles, a local statesman, and mother of Pericles the Younger.

The Greek historian, Plutarch, recounts that her home in Athens was an intellectual center that attracted many great thinkers and philosophers, including Socrates and Plato.

Aspasia is also said to have established a girls’ school, surpassing the limitations imposed on women.

Hypatia of Alexandria (350-415 CE) was a philosopher, astronomer and mathematician in Alexandria. She is the earliest known female mathematician and was the last head of the Philosophical School of Alexandria, as well as the keeper of the famous library.

The daughter of Theon of Alexandria, a mathematician and astronomer, she was a popular teacher and lecturer on philosophical topics, and is credited as the inventor (or at least, the perfecter) of the astrolabe.

Her belief in Neoplatonism caused her to be considered a pagan, which led to her being stoned to death after being accused of witchcraft.

Daughter of Aristippus of Cyrene in modern-day Libya, Arete (5th–4th century BCE) is known as the first female philosopher. She learned this from her father, a former student of Socrates, and passed teachings on to her son, Aristippus the Younger.

It is said that she took over the School of Cyrene after her father’s death.

While none of her teachings have survived, she is mentioned by several historians and philosophers, including Diogenes Laërtius, Aelius, Clement of Alexandria and Aristocles.

Her story is told by Roman author, Gaius Julius Hyginus, who recounts that she studied medicine under Herophilus disguised as a man, as women were not allowed to practice medicine.

She started practicing in Athens still disguised as a man, and specialised in helping women during labor, as men often refused to do this. In one instance, she had to reveal to a patient that she was a woman in order to proceed.

Jealous of her success among women, her male colleagues accused her of seducing women. She was even tried, and defended by the wives of leading statesmen of Athens, she was acquitted.

Thanks to her, the law against female physicians practicing in Athens was overturned.