Five traditions only Greeks can understand 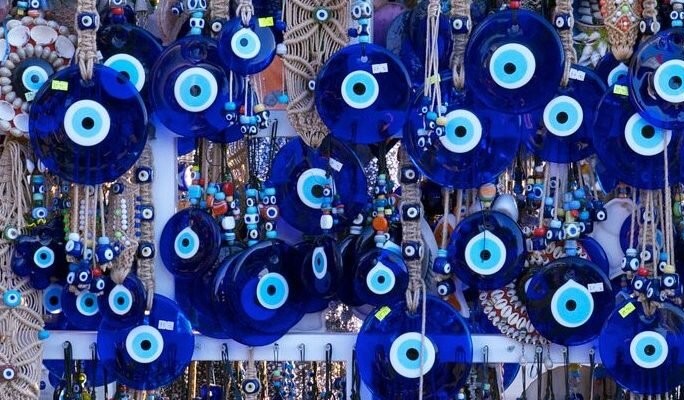 Kalo Mina is a traditional Greek greeting to say to each other on the first day of each month.

The first day of the month symbolises new beginnings and a fresh start. When you say Kalo Mina to someone, you are wishing them a good month full of success.

One of the most infamous traditions that only Greeks will understand is the Mati, or ‘evil eye’.

The Mati is believed to be a curse which has been cast onto you by someone who is envious or jealous of you.

It is believed that to protect yourself from the Mati, you need to wear a charm. The most famous Greek charm against the Mati is the famous shades of blue piece of glass with an eye painted on it.

A tradition that only Greeks will understand is the idea that spitting chases the devil away, and stops anything evil happening to you. However, the idea that Greeks actually spit is false. What Greeks really do is say “ftou” (always three times), and this sound mimics the sound of spitting. The “ftou” tradition is used when someone mentions a death or bad news, when someone mentions the beauty or health of someone, or when someone is complimenting a baby or a child, that way it doesn’t give the person mentioned the evil eye.

One of the most entertaining traditions of Greeks is smashing plates. Smashing plates is done by Greeks to express joy and happiness, or to express their delight for music being played at a party. In 1969, smashing plates was banned at concerts in clubs, being replaced by flowers instead. However, the tradition is still enjoyed by Greeks, and will be seen during private parties, with plaster plates used.

A famous Greek tradition that is celebrated during March, the martis is a spring celebration where a red and white thread bracelet is worn for the whole month of March. The white symbolises purity, while the red symbolises passion and life. During ancient times, the bracelet was worn to protect the wearer from disease and the spring sun. When the wearer sees a sign of spring, such as a flowering tree, the wearer ties the bracelet to a tree.