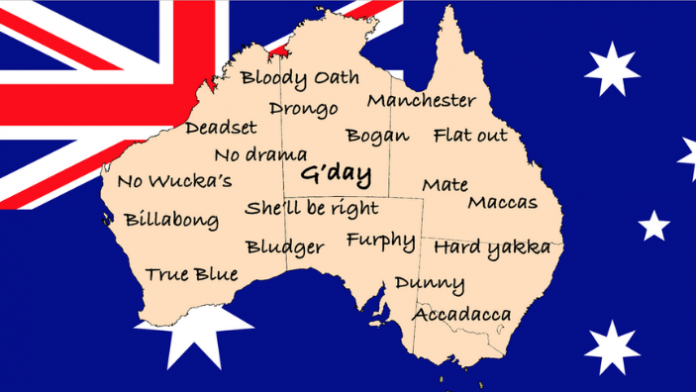 Struggling to understand the locals this Australia Day? Here is The Greek Herald‘s dictionary of the top 10 Aussie slang phrases you need to know.

(Noun) Abbreviation of ‘barbecue’; seldom used in the same sentence as ‘shrimp’.
“Let’s defo have a barbie this arvo.”

(Noun) Abbreviation of football; Australia’s favourite pastime.
“Should we invite Johnno around to watch the footy this arvo?”

(Noun) Sausage – a cylinder of processed meat that represents Australia’s richest culinary tradition.
“I asked Johnno to pick up some snags for the barbie this arvo, but he forgot.”

(Noun) The remote outback or ‘middle of nowhere.’
“If she doesn’t chuck a u-ey soon we’re going to end up in Woop Woop.”