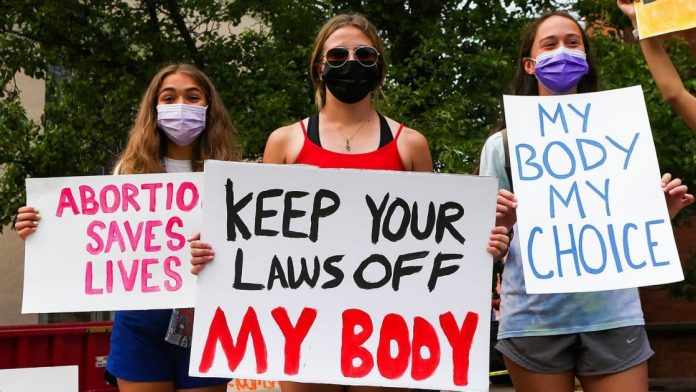 Over 140 Greek Australian women from across Australia have expressed their “disdain and disappointment” at a recent statement by Greek Orthodox Archbishop Makarios of Australia on a woman’s right to an abortion.

In the statement, the Archbishop wrote that it is a pregnant woman’s “obligation and maternal responsibility” to “keep the child in her womb, giving this child the chance to be born.”

“When a woman kills the embryo, she is not fulfilling her duty as a mother, she may claim this to be her own right but at the same time she revokes the right of life for the embryo. May God pity us… May God enlighten us,” the message reads.

In response, a group of Greek Australian women have issued a joint statement criticising Archbishop Makarios’ public proclamation, and calling on leaders of the church “to abandon attitudes to women that belong in the dark ages and have no place in the contemporary Greek Australian community.”

“Women should be able to control what happens to their bodies and have the autonomy to decide whether to have a child or not,” the women said in the signed statement.

“The Archbishop’s inference that women are mere carriers of a foetus and their needs and wants are secondary to that, is not in keeping with the advances in women’s human rights in contemporary society.”

The Greek Australian women add that “no woman from our community should feel alone, ashamed or marginal because of her personal decision in regard to having an abortion.”

“Women deserve support and not censure or opprobrium for making decisions that are in the best interests of their health and life circumstances,” the statement reads.

‘Devastated by his comments’:

The issue of abortion has been in the spotlight recently after the US Supreme Court’s decision to overturn the Roe v Wade ruling which gave women federal abortion protections.

At the time, Greek and Australian leaders, including the Prime Ministers of both countries and women’s right advocates, slammed the Supreme Court’s decision calling it “a major step back in the fight for women’s rights.”

But the abortion stigma is still prevalent in Australia, especially in multicultural communities where silence, shame, guilt and fear remain very real barriers, not only to accessing safe abortion but to speaking openly about it.

“MA had to abort her seven week baby, which was a result of her being sexually abused by her step father,” a SydWest Multicultural Services spokesperson told The Greek Herald explaining that the statement by the Archbishop was ‘devastating’ for her client.

“She is questioning her existence not being able to understand what she did wrong. She told me ‘I wasn’t the one who sinned’.”

CEO of SydWest Multicultural Services, Elfa Moraitakis, who has also signed the joint statement says that spiritual leaders should support women and not judge their decisions.

“It was not that long ago when we witnessed the Abortion Law reform act in different states making abortion another medical procedure rather than a criminal act. Such statements from our religious leaders can only make women feeling judged, alienated, and is taking us very far back in time,” Ms Moraitakis says.

“It is not just a matter of human rights and being pro-choice; it is also a matter of safety for women that under very different circumstances each one, feels extremely vulnerable. It is then that we all need the support and have the expectation from our faith leaders to preach love and inclusiveness.”

Greek Australian advocate, Violet Roumeliotis, also added that the overturning of Roe v Wade “was a devastating decision for many women,” but it is disappointing faith leaders have taken this as an opportunity to create further division.

“I find it extremely disappointing that leaders of faith or politics would use this opportunity to further divide community rather than reinforce the importance of women across the globe to make decisions about their own bodies,” Ms Roumeliotis said.

“This is an issue that relates to health, relationships and families, and women should not have faith or political leaders dictate what they can and cannot do in this space.”

For community member Persefoni Thliveris, access to legal abortion and safety is the main concern.

“Women deserve support not disdain and humiliation, our bodies our decision on such personal matters.
What about situations of incest and rape,” she wonders.

Community organisations like the Greek Orthodox Community of Melbourne have also issued pro-choice statements clarifying that “this is an issue of gender equity and the respect for women’s right to make decisions regarding their reproductive life” with more to follow suit.

“Women deserve support and not censure or opprobrium for making decisions that are in the best interests of their health and life circumstances,” the GOCNSW statement reads.

“[We] condemn this decision [to overturn Roe v Wade] which restricts women’s human rights and choice and takes us back to medieval times.”