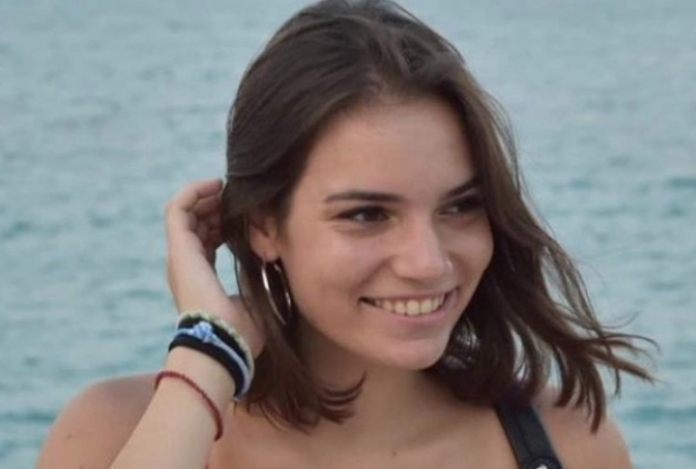 Moana Ruhfass was a talented, passionate young dancer who had everything going for her – until she suffered an ankle injury that ultimately turned her life upside down.

As a sporty child, she was used to getting injured, but this time was different. What was thought to be a seemingly innocent ankle injury led to a life-changing, debilitating, insidious disease. At just 11 years old following an athletics event, Moana was diagnosed with complex regional pain syndrome (CRPS).

The family had moved from Greece to Sydney after discovering a promising program at the Sydney Children’s Hospital where Moana undertook a gruelling program to try and combat the disease.

Moana bravely endured 10 hours of physiotherapy a day to desensitise and reset the pain perception in her neuro pathways.

“The therapy was partially successful and enabled her to walk again; however, the unbearable pain she experiences remained constant,” Mr Ruhfass said.

Nearly two years on from intensive therapy, Moana’s situation has again deteriorated leaving her once again in excruciating pain.

CRPS is a neurological malfunction of the central nervous system that affects limbs (after an injury) and results in constant pain 24/7.

The 16-year-old regularly suffers non-epileptic seizures that can last three-and-a-half hours, with many sufferers describing the debilitating disease as feeling “eternally on fire”. As a result, Moana lives a life of pain and suffering.

The McGill Pain Scale measures the pain of CRPS sufferers as being “worse than childbirth”.

In an emotional GoFundMe post, her father Manfred said his daughter’s condition deteriorated so badly she was constantly crying and screaming in agony.

“The slightest breeze could trigger a severe pain reaction in her leg, and Moana was unable to walk and was confined to a wheelchair,” Mr Ruhfass said on the fundraising page.

“I feel pain like someone is constantly stabbing me, pain like it’s lightning striking and painful pins and needles,” Moana told Daily Mail Australia. “It can get to the point where I can’t even stand the wind on my skin or moving at all.

“I sometimes can’t even shower my foot because even a drop of water would have me screaming.”

Mr Ruhfass said Moana was losing the will to live.

“After much deliberation, Moana and her mother decided to return to Greece to once again be surrounded by family and friends in the hope that this would be of some comfort to her,” he said.

“Unfortunately, her emotional and physical wellbeing has deteriorated so much within the last year that she has now lost all hope of recovery or improvement of her situation.”

Moana is only able to attend school twice a week before pain sends her back to bed.

Mr Ruhfass and his wife Joanna (of Australian-Greek descent) considered dorsal root ganglion stimulation treatment, which involves a small device being implanted along the spinal cord – but they decided against it due to its invasive nature and 50 per cent success rate.

In one final bid to help alleviate their daughter’s suffering, the family will travel to the US after being offered a placement at the Spero Clinic, a holistic medical clinic in Arkansas, which Mr Ruhfass says has an 83 per cent success rate.

“Now we finally have real hope,” he said.

“This clinic is the only centre in the world with lasting success in treating this disease.”

Mr Ruhfass has set up a GoFundMe to help the family cover treatment costs, which will set them back $A65,000. So far they’ve raised $30,537.

“All children deserve a life free of pain, which is something many of us take for granted,” Mr Ruhfass said. “This is our last chance for Moana.”