Miltos Michaelas – Bank of Sydney CEO: We wanted a bank that the community would be proud of across Australia 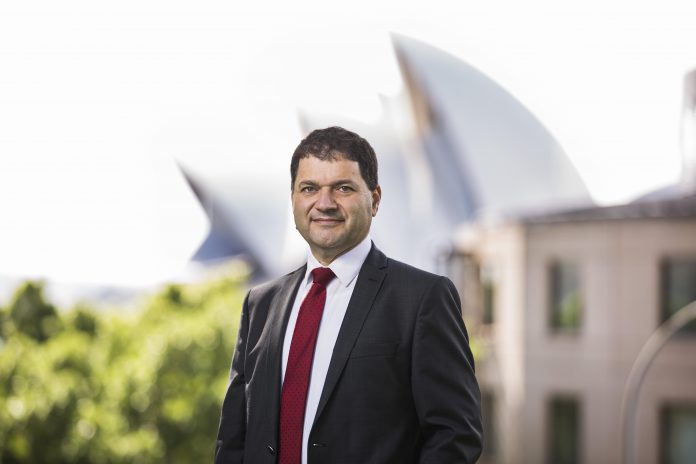 “You always have to remember that these are people… it’s about people.”

Moving for the job

Michaelas first came to Australia in 2001, which he identified as a major career opportunity.

“I was 32 years old. But I had ties here, as a family. All of my mother’s brothers are here. I grew up writing my mother’s letters to her brothers. The family was very attached to Australia so when I was offered the opportunity to come to Australia, I took the job.”

He points out that from a professional point of view, it was a very good proposition and an opportunity to see relatives in Australia, along with the excitement of the adventure.

In 2001, he was asked to set up the Laiki Bank in Australia where he completed his first stint in Australia before returning back to Cyprus..

10 years later, Michaelas returned to Australia following the major banking crisis in 2013 in Cyprus, where numerous banks were called to dismiss a large number of employees and he was offered the opportunity to return to Australia.

He was put forward to come to Australia and build something, which excited him and he took on the challenge. “It was an opportunity to take on something I left behind and move on to a much deeper market. To take the Bank of Sydney from where it was and make it something much bigger, a bank that had the staff, the name, the investors, was a big challenge for me. All that needed to change was the way it was steered. I thought it was an opportunity to do something that Greeks could be proud of.”

Miltos notes that his biggest challenge was responding to the fast pace changes in society, and adapting new knowledge to effectively achieve these responses.

“You need a plan, a goal…and some time to adjust to the world. We needed 3 years to make the transition,” says Miltos.

One of the steps in his plan and adjustments was “marrying” the people that already existed in the business, with new employees in a cohesive manner. Miltos says he is extremely pleased with how Bank of Sydney has adapted to the “new world” and “achieved this adjustment and our goals, because they have all been done smoothly without distractions.”

Ultimately, one of Miltos’ more personal and profound “goals” was devising a plan that would make Bank of Sydney “a bank that Greeks would be proud of”.

He believes Bank of Sydney has done this by keeping what the bank was and slowly entering the wider market, so the community could understand the market was “not purely Greeks”.

Though, serving the Greek community is something Mr Michaelas has always held close to his heart.

“That is why the aim remains to build a name on the national market today, and our success to be a factor of pride for all generations of Greeks in Australia. What we know from community banking can also be incorporated into our proposal for national banking.”

“Our goal was to inspire the new generation, to give us the opportunity to work together. Because if this generation doesn’t see us as something comparable to other banks, as something that gives them pride, they won’t trust us.”

Miltos also notes a key part of the success of the Bank of Sydney due to the work of his employees and the family dynamic of the bank.

“When you work as a family, you try to help even your weakest children. You don’t give up…We also needed new skills, and we provided them with new hires,” explains Miltos.

He believes the Bank of Sydney was able to keep this “family culture”, even in the large corporation that it is, by keeping staff who have been around since the beginning, and integrating new staff who have brought the new skills required to respond to the new era.

Mr Michaelas believes banking is more than finance, which is why he was able to make the decision to uproot his whole life for it, as he sees it as an important avenue to help others.

“Someone has an idea, to build their own home, to run a business, and he tells the idea to the bank. He [the banker] listens to it, he sees the idea being implemented and helps with the result. The right bank enjoys the success of its customers and regrets when a customer fails,” says Miltos.

“We know all of our customers and rejoice when they succeed, and we grieve when they fail.”

Miltos notes his biggest risk, to this day, in the course of his career, concerned his family.

“When someone makes a business choice, the family is tied to it and the risks are then bigger…we all try to do the best for the family, but we may not always succeed. In the end it went well, but we also had difficult times. The children had to undergo an adaptation process twice. Today, they have overcome it, they have friends, their lives run smoothly. But there were also difficult times,” he admits.

When asked to offer some advice to a family contemplating going through a similar transition process, he stresses that they need very good preparation, especially with regard to children.

“If there is a way, it would be good to do it slowly,” says Miltos. He believes if it is possible for families to visit the place they are moving to beforehand, or have more time to settle in, this would greatly help with the transition process.

He admits he made this mistake with his family the first time they moved to Australia. He says due to the distance, the family was not entirely prepared for the move, and the day after they landed they launched straight into their new daily routine, which was a big shock for the family. Though, he notes it was not as difficult a move as it would have been for the first generation of immigrants who came to Australia to live. He also thinks that age plays a role, as it is easier for children to adjust when they are younger rather than older.

The future of Australia and young Greek-Australians

Miltos views the new generation of Australians and Greek-Australians in an extremely positive light. He believes the emerging generation is a product of the migrant motivation for success.

“In the past the first generation faced difficulties. They came to a difficult country, they did not know the language and they were trying to survive. The younger generations, however, are not faced with as many difficulties, but they have the opportunity to learn from their parents,” says Miltos.

Miltos heavily engages with young Australians, through the Bank of Sydney apprenticeship program and beyond, and has a direct understanding of their work ethic, initiative and motivation to succeed.

When asked specifically about Greek-Australians, Miltos believes the only difference between other Australians their age is that they have the opportunity to learn and understand the difficulties the previous generations of Greek migrants went through, and how they overcame them. Miltos views this as a differentiating source of inspiration for young Greek-Australians. He sees this work ethic stems from the question they asked themselves; “my parents did it in such difficult conditions, why not me?”

When asked what he would like people to remember him for, his answer is laconic and simple:

“I want to be remembered as a good kid. That’s enough for me. A good kid.”