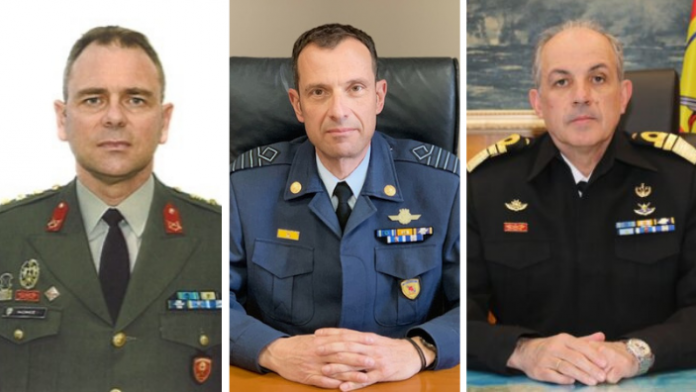 The Cretan Federation of Australia and New Zealand has announced that a high-ranking delegation from the Hellenic Armed Forces will be in Australia this year to attend events for the 81st anniversary of the Battle of Crete.

The delegation of the Hellenic National Defence General Staff in Australia consists of the Lieutenant General, Vice Admiral Ioannis Drymousis of the Hellenic Navy, the Squadron Commander of the Hellenic Air Force Miltiadis Militsis, and accompanied by the military attaché from Canberra, Colonel Ioannis Fassianos.

The delegation’s programme in Australia includes actions and events in Sydney, Canberra, Melbourne and Darwin. Due to lack of time, the events in Tasmania, will be honoured with the presence of Colonel Fassianos.

It is worth noting that there will also be olive planting ceremonies at Lamia Barracks in Sydney and at the Shepparton War Cenotaph in Melbourne. During these ceremonies, there will also be the unveiling of honorary placards to honour the bonds of friendship between Greece and Australia.

The President of the Cretan Federation of Australia & New Zealand, Antonis Tsourdalakis, expressed his joy that after two years of absence due to the pandemic, the delegation of the Hellenic Armed Forces will be visiting Australia.