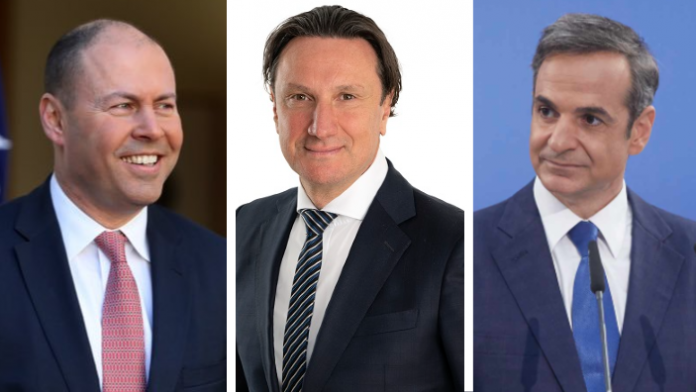 The Greek Orthodox Community of Melbourne and Victoria have written to both the Prime Minister of Greece, Kyriakos Mitsotakis, and Australia’s Federal Treasurer, Josh Frydenberg, asking for a double taxation agreement (DTA) between Australia and Greece.

In their letter to Mr Frydenberg, the Community stresses that a DTA is “one of the most common diplomatic agreements between nations” and the lack of a DTA between Greece and Australia is “proving to be a major impediment in encouraging better economic ties.”

“We seek your support on this matter and would welcome any opportunity to discuss the issues our community faces with you and or your staff at your convenience,” the Community wrote in the letter, stressing that they had also recently written to the Greek PM about the matter.

In this letter to Mitsotakis, signed by President of the Community, Bill Papastergiadis, and Legal Advisor, John Tripidakis, there was a specific focus on Greek Australians and their “hopes to increase their economic and investment relations with their country of origin, for the benefit of both countries.”

“Second and third generations of immigrant families make up the majority of successful professionals and entrepreneurs and many are looking forward to investment initiatives in Greece,” the letter said, before explaining the positives of a DTA.

Full Letter to Josh Frydenberg in English can be found here.

Full Letter to Kyriakos Mitsotakis in Greek can be found here.