Key tips to slay a Zeibekiko 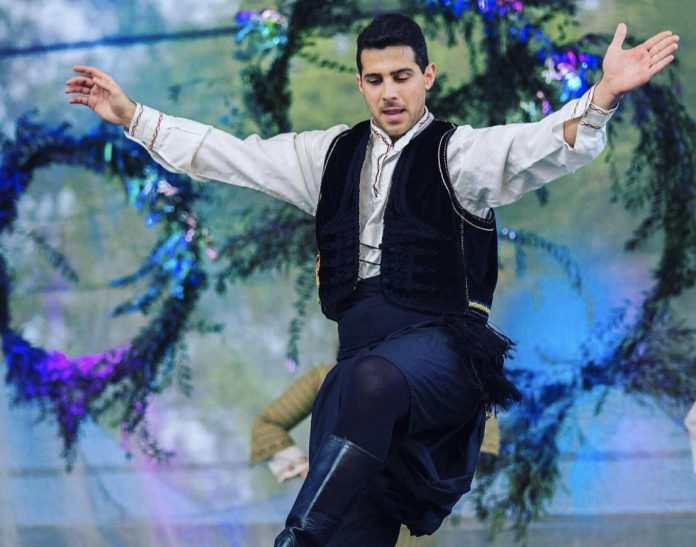 The ‘Zeibeikiko’ dance is something that will remain integral to Greek culture, throughout all generations, in Greece and abroad. While older generations are growing more concerned that young Greeks are losing their sentiment for tradition, when it comes to a Zeibekiko, they can be assured the young ones know how to get down.

Michael Mournehis is a 26-year-old, third-generation, Cypriot-Australian who, together with his sister, Georgia, started the Sydney Academy of Greek Dance & Culture.

Michael has been dancing for over 22 years, and started teaching children and adults around 8 years ago.

“I mostly love to teach the Zeibekiko and am very fond of traditional Cypriot dances due to my Cypriot heritage,” said Michael.A great Zeibekiko dancer is one who looks like they are dancing on clouds.

“A great Zeibekiko dancer is one who looks like they are dancing on clouds.”

Michael shared with us, his top tips for mastering a Zeibekiko.

“I would say that the most crucial part of the Zeibekiko is keeping in time with the dance. Too many people think the dance can be rushed and is meant to be a strong dance. I rather believe that a great Zeibekiko dancer is one who looks like they are dancing on clouds,” he said.

“I wouldn’t say there are any crucial steps to the Zeibekiko. What I will say, however, is that less is more. Some of the best dancers I have seen do not over-do the kicks and flicks (figoures).”

“When I teach I work on four or five plain steps that can be adopted and used in any freestyle moves. Having a basis of steps allows you to be creative later on, as you progress.”

“Dancing Zeibekiko is, in my opinion, one of the hardest dances to master. Many people think after a couple of lessons you can pick it up, but in my experience, it takes years of practice and knowledge to become a true master.”

Here’s a snippet of Michael teaching a Zeibekiko at Sydney Academy of Greek Dance & Culture.