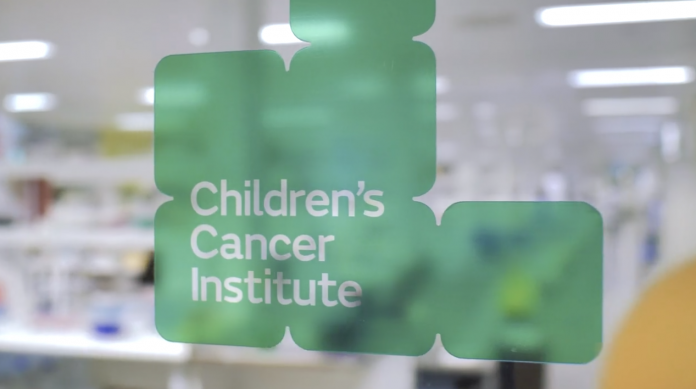 The OEEGA committee visited the Lowy Cancer Research Centre in Sydney, on Thursday, to donate funds raised for the Children’s Cancer Institute.

The committee held a fundraising event on the 16th of November, 2019, in Brighton, which allowed the organisation to donate a cheque for $30,000.

The cheque was put toward the Children’s Cancer Institute’s “Zero Program” that studies individual cases in order to develop less invasive treatments for young children.

So far, 271 children with the most aggressive cancers have been enrolled on the program, with 74% of these receiving a personalised treatment recommendation in just nine weeks.

“For those children for whom we now have follow up data, 60% have had a complete or partial response or had their disease stabilised. This is remarkable when you consider these were children who had little or no treatment options,” explain co-chairs Anne and Mark Lazberger.

The Zero Program plans to collaborate with all 8 children’s hospitals around Australia, and work with 23 national and international research institutes.

The Zero Program has achieved great successes in 2019, including five clinical trials opening at Sydney Children’s Hospital, progress in solid tumour liquid biopsy and a collaboration with the Peter MacCallum Cancer Centre on childhood cancer immunotherapy. In addition, The Zero Program is working with Macquarie University to understand medical costs, while collaborating with leading institutes across the globe to gain access to over 10,000 children’s tumour genetic sequences.

Notably, The Zero Program was one of six worldwide programs to be included in a NATO-commissioned review of the top international paediatric precision medicine programs.

Professor Maria Kavallaris was scheduled to accept the cheque on behalf of the Institute. However, she was unable to attend as she sadly attended the funeral of a 4-year-old girl called Josephine Dunn, in Newcastle, who died of a brain tumour.

Charles de Bock, team leader for Functional Genomics of Leukemia accepted the cheque in her place.

The Consul-General of Greece in Sydney, Mr Christos Karras, was also there to mark the occasion.

The Consul-General and committee members were given a tour of the labs, while success stories of their research were shared. This showed the committee the importance of these funds and the impact they have on saving lives.

It was here where they learnt of stories like Jack’s.

When Jack turned nine, he was diagnosed with a large brain tumour that was seemingly treated with a successful operation and positive prognosis.

Just over a year later, Jack woke up with a terrible headache and started vomiting. The tumour was back.

The second time around, the tumour had a more devastating effect on his body. The tumour was aggressive, deemed inoperable and would not response to any treatment.

When Jack was enrolled in the Zero Childhood Cancer Program, the specific genetic make-up of his tumour was analysed and a specific genetic mutation was discovered that drove the cancer’s growth. Luckily, there was an identified drug that was able to target it.

Within a matter of days, Jack’s condition improved. Six weeks later, not only was he out of his wheelchair, but he was able to play tennis. Today, over a year later, Jack is still well, attending school and active as ever.

“We got to celebrate another precious birthday with our son,” says Viv, Jack’s mum. “And I hope that, because of Zero Childhood Cancer, there will be many more to follow.”

The OOEGA committee previously donated to the Children’s Cancer Institute in 2010.