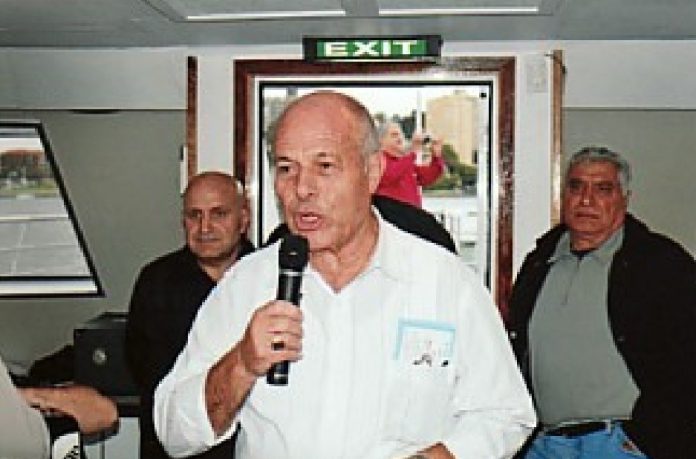 Born in Asomatos (near Agiasos) in Mytilene, Mr Kefalas arrived in Sydney in the 1950’s. He quickly became a manager for the Newtown branch of Walton Stores and remained there for nine years until he set up his own building materials business, Kefalas Hardware Store.

Mr Kefalas will be remembered for being a larger than life character, full of energy and an abundance of passion. He fought passionately for the Greek diaspora but never forgot his birth place.

He loved his hometown of Mytilene and as President of the Mytilene Brotherhood in the difficult post-war years, he had donated a first aid car to the local hospital. Later, at his own expense, he also took care of the electricity supply to the neighboring village of Agiasos.

All of us, his former colleagues at The Greek Herald, would like to express our deep sorrow for the loss of Mr Kefalas and send our condolences to his family.