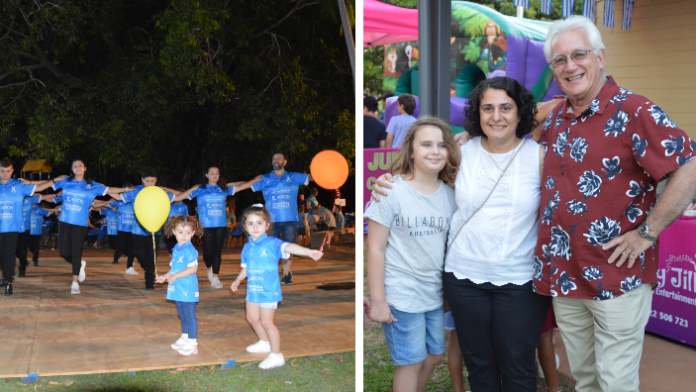 From jumping castles to races and face painting, the Kids Festival at the Greek Orthodox School of Darwin in Nightcliff brought a smile to the faces of everyone in attendance.

The festival was launched six years ago to help raise funds for upgrading the school premises and operational costs.

This year’s event exceeded expectations with over 600 people in attendance showing their support, including the Member for Nightcliff, Natasha Fyles, the Darwin Lord Mayor, Con Kon Vatskalis, and the Mayor of Palmerston, Athina Pascoe-Bell.

Activities were based on aged brackets, meaning there was something for everyone, and at the end of the day, school children came out and gave Greek dancing performances to loud applause. Delicious food was also served on the day.

“We were pleased with the turnout. It was a fun day for everyone. There was lots of music, dancing and laughing and everyone made the most of the event,” President of the Greek Orthodox Community of Northern Australia (GOCNA), Nicholas Poniris, tells The Greek Herald.