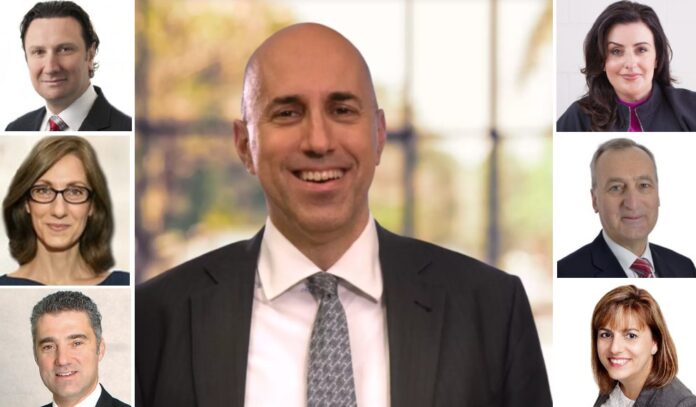 The meeting was hosted by Paul Nicolaou, from the Australian Chamber of Commerce & Industry, and Katia Gkikiza, Trade Commissioner (Australia) Office for Economic and Commercial Affairs for the Consulate General of Greece in Sydney.

The meeting was an opportunity for members of the Greek Australian community to share their concerns regarding Australia’s current trade relations with the European State.

“We have a positive trade trend both in goods and services,” Katia Gkikiza says.

“In fact, the volume of trade between Australia and Greece is well above €1 billion in recent years.

“This is not bad at all for a small country on the other side of the world, but we would be happy to do even better.”

While both countries suffered extreme economical impacts as a result of the coronavirus pandemic, Ms Gkikiza noted that there has been an 11.4 percent increase in Greek exports of goods to Australia in the first six months of 2020. The Trade Commissioner also revealed that last year Greek exports of goods rose by 19 percent, when compared with the year prior, to €199 million.

“Also, a few weeks ago, Greece’s inter-ministerial committee on strategic investments approved eight tourist related projects with a combined budget of €1.1 billion. Those projects are expected to add 3300 jobs in the Greek workforce.

“All of this has been taking place during the pandemic.”

With many Greeks in Australia looking at Greece as a potential retire destination, Filiopoulos spoke about a new government incentive, which encourages retirees to choose Greece as their tax residence. The Enterprise Greece Chief Executive Officer says that the centrepiece of this option is a flat tax rate of 7 percent.

Opening up to questions for the second half of the webinar, Greek Community of Melbourne President Bill Papastergiadis asked Filiopoulos what progress he has seen in Australian investments being managed more effectively in Greece.

Filiopoulos expressed his slight disappointment at the lack of investment opportunities undertaken by Australians, which had resulted in the planning of multiple promotional events, yet were sadly cancelled during COVID-19.

The Greek Community of Melbourne President also spoke about an offer to hold a meeting with the Office of Enterprise Greece at the community centre in Melbourne, to ensure a direct connection and easier investment management between Greece and Australia and east funds management services.

“One of the key links we have difficulty with is that people quite often get lost in translation, lost in the distance, and lost in the bureaucracy as well,” Papastergiadis said.

“So they become quite disheartened (in investing).”

Over 150 business leaders attended the session on Wednesday afternoon.