‘Her door was always open’: This is the life story of the late Drosoula Agius 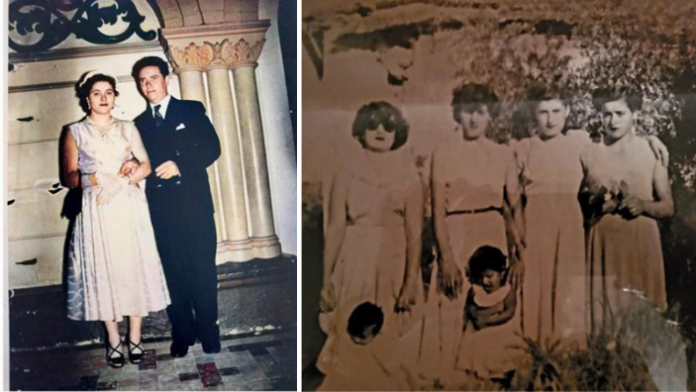 Her mother Anastasia forced her to go to Australia as there was no future or prospects of marriage. She was poor, had no dowry, she was upset to leave her mother behind and didn’t care about being married.

She was sponsored by her brother Antonio to live in Sydney, Australia with his family of four children. In February 1956, she travelled on the ship Tasmania from Piraeus, Greece, arriving a month later in Australia. She spent most of the time in her cabin seasick then going through the quarantine procedure before she could be released to her brother.

Drosoula was born in Skoulikado, Zakynthos island. Her first year at school was halted due to World War II and by the time it was over, she was 12 years old and remained uneducated. During the war, she knew starvation, saw men buried alive or burnt alive and much more that she would always try to forget.

A short time after arriving in Sydney, she was at a doctors surgery, While waiting, she was conversing with an older Greek lady named Despina, who was also a new arrival to Sydney, and she wanted her to meet her divorced son Andre who had two boys – nine and 12 years old.

Drosoula met Andre. It was love at first sight. He was 13 years her senior. He worked as an electrician at General Motors in Zetland and had a home in Enmore. Andre immigrated from Djibouti, Africa after his divorce. His mother was Greek and his father was French Austrian. Andre spoke seven languages – one of them being Greek.

They were married in September 1956 at St Sofia Greek Orthodox church in Paddington. Together they had three children. Maria was born in 1957, Nicholas was born in 1963 and Anastasia was born in 1968. I hardly had a bedroom as mum would offer my room to someone in need like women from domestic violence, refugees, new arrivals or temporary stay. They were very caring and hospitable. The doors were always open to anyone that needed a helping hand. Most people that stayed at their house were very grateful and they used to get many invitations to their homes.

Drosoula kept house. She didn’t own a washing machine until 1967. She was washing by hand for a household of eight but also wanted to contribute by working so she could try and fit in with the Australian way of life that she was loving.

On her work breaks, she would keep company with other Australian women and the fellow Greek women working with her would scorn her about why is she hanging around the Australians and not them. She would reply, ‘I need to learn English.’ Eventually, the Greek ladies joined in and started to mingle with Aussie ladies too.

She worked from the early 1960s to 1979. Most years were at Aero zippers factory in Bankstown where she had retired. At the end she spoke English but still had her Greek accent. She was able to memorise things by picture. Andre wouldn’t need a roadmap. If Drosoula had been there before, she could take you back there even years later. She had basic skills. She was able to do her banking and shopping by pictures.

She never saw her mother again as she was on her way by ship to Australia for Christmas 1964 and she had a stroke and died at 64 years old. Her father Nikolaos was widowed at 44 years old and remained with Drosoula until he passed away in 1977. My grandfather was twenty years younger than my grandmother Anastasia. He married her when he was 16, she was a widow 36 years old with two children. He loved his wife so much he never looked at another woman until he died.

Until the day my mum passed away suddenly at my home in 2007, she prayed that we would never see another war like she did.

When things get tough I think of how my mum survived through it all and it gives me strength to face whatever challenges come before me.

My mother taught me to have faith, trust God, thank God, to give without expecting anything back. Not to gossip, not to be proud or have pride but to be humble always.

Love life, family and to learn whatever and as much as you can.

Most important to her was respect.