Clayton Church: How the Clayton Community together with Archbishop Makarios healed a century long schism 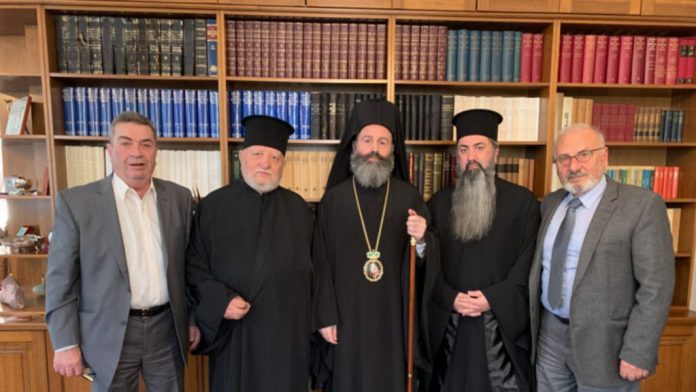 The Victorian and Australian Greek Orthodox community celebrated a historical event today (Thursday 12/12) and yesterday (Wednesday (11/12), as Archbishop Makarios officially marked the end of the Holy Temple of St Spyridon’s (Clayton, VIC) schism from the Greek Orthodox Archdiocese of Australia.

Clayton’s caution from entering the Archdiocese led to a social stigma that regarded people in the area to be labelled “schismatic”.

In October, the 99.5% of the members of Clayton’s church decided they were willing for their church to finally become part of the Australian Archdiocese.

The church’s change of position aligned with the admission of the new Archbishop, His Eminence Makarios.

The reason Clayton was so comfortable finally accepting the Archdiocese was because they were assured nothing would change about the current running of their church. The only change would be that the Archdiocese will have the title of the church. Their priest will remain the same, but be awarded tools from the Archdiocese to assist in his liturgies.

The Church saw new opportunities with Archbishop Makarios. They were assured that nothing would happen to the church while there are still Greek Orthodox members who attend.

The division from the Archdiocese created a bit of a rift in the community, with families who attended the churches of the Archdiocese not being able to attend weddings, christenings, funerals etc. that were held at Clayton’s St Spyridon church, due to the schism.

The Greek community are mainly positive about the unification of the churches, as it was creating rifts between friends and families, as well as the wider Orthodox community.

His Eminence addressed the unification in a letter, which surrounded the topic of discontinuing the “mistakes of the past”.