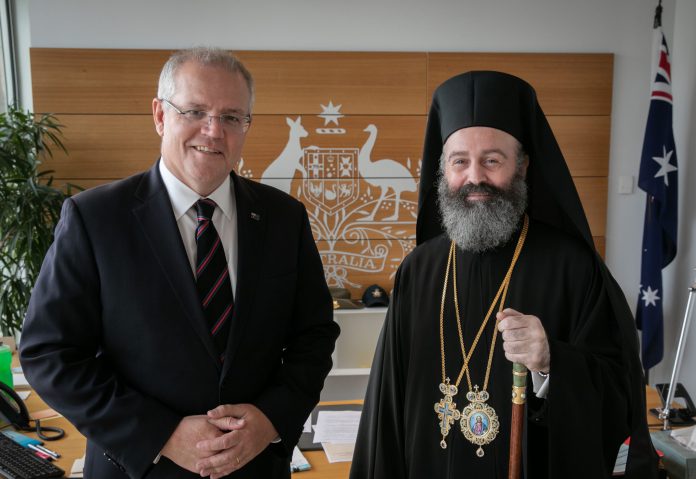 In a statement released today, Australia’s Prime Minister Scott Morrison has sent a message of gratitude and thanks to His Eminence Archbishop Makarios to mark the one year anniversary of his enthronement.

“On that winter’s morning, one year ago, you (Archbishop Makarios) were greeted by a faith community filled with anticipation and expectation,” Mr Morrison began.

“And in the months since, as Australia and the world have faced unforeseen challenges, you have worked hard to fulfill those hopes.”

Mr Morrison then went on to send his “thanks and appreciation for the efforts and sacrifices of the Australian Greek Orthodox community in responding to COVID-19.”

“I am grateful for the Greek Orthodox community’s efforts to implement physical distancing in places of worship throughout this dreadful global pandemic. You offered compassion and acted with wisdom,” Mr Morrison said.

“I extend my thanks for your commitment to Australia’s future, and for your contribution to the rich spiritual and multicultural life of this nation.”

READ THE FULL STATEMENT BELOW: