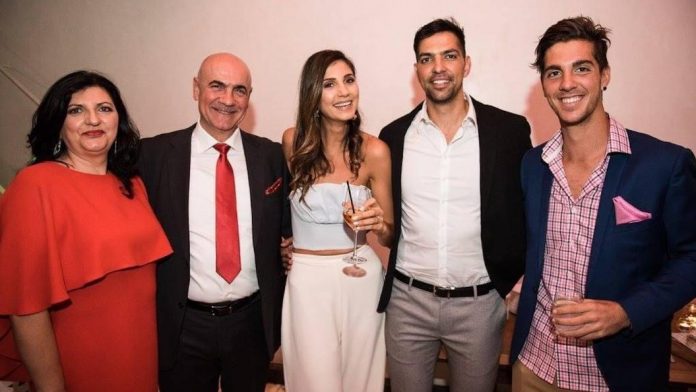 “To play in front of friends and family, and to be playing at home there’s nothing better,” Kokkinakis said on court post-match.

His triumphant comeback has lit up not only his home city of Adelaide but also his family and the Greek community around the country.

“I feel proud not only for his latest successes but mostly for the resilience and the strength of character he showed to come back and get his tennis career on track,” Kokkinakis’ father, Trevor (Tryfon) told The Greek Herald ahead of tonight’s match.

“The last five years he has been through a lot with injuries and the mental battles forced on by those injuries. But he persisted and we are all proud of him.”

Apart from his tennis skills the 25-year-old tennis player is popular for his natural sense of humour, sportsmanship and the fact that with every chance he gets he acknowledges the people who have supported him in this journey, especially his immigrant parents, Trevor and Voula, older siblings Christina and Panagioti, his trainers and coaches.

According to his father, the values Thanasi often exhibits on and off court are due to his upbringing.

“We brought up our children with the values we inherited from our migrant parents. Respect, the importance of family and love for each other,” he said.

“We are very proud Australians of Greek heritage and we appreciate this country that accepted us and gave our families a chance.”

Asked how he would like to see his son in the future, Trevor Kokkinakis refers to morals rather than victories and scores on billboards.

“Sincere, with manners and respect for people around him.”

“The career path he chose puts him in the spotlight. However, this doesn’t make him superior from someone who works in a factory or out in the fields,” he said admitting that it takes a village to… raise an athlete.

“Athletes have more pressure than all of us. They need strength of character and they need to be role models for others.”

Tonight, Trevor Kokkinakis will watch from the player’s box at the Memorial Drive Centre Court as his son takes on Mikael Ymer.

With a Greek village behind him for support, we are certain that Thanasis has what it takes to win his first ATP Tour-level quarterfinal and certainly a bright future ahead.