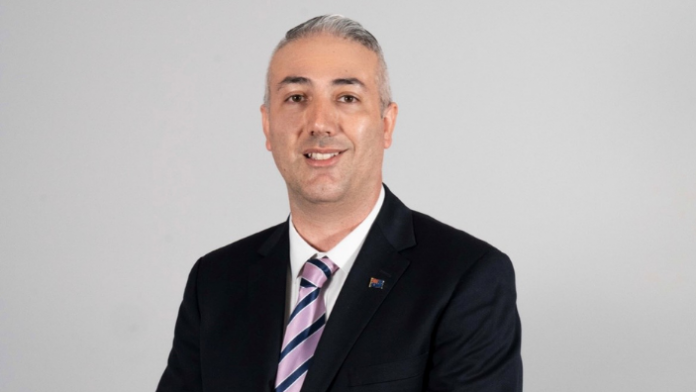 Former Cumberland City Council Mayor and current Councillor, Steve Christou, has today announced that he will be standing for the Federal Seat of Parramatta in the upcoming election as an Independent.

Councillor Christou, who has lived in the western suburbs of Sydney all his life, believes that only a local can truly understand and represent the interests of the community.

“I have decided to run as a candidate to give the electorate of Parramatta a real alternative outside of the two major political parties,” Cr Christou said.

“For way too long the Parramatta electorate has been taken for granted by political opportunists who have not delivered any outcomes for the local community. The locals feel they are being used as a vehicle to elevate big egos into Government, with no real commitment to community interests and needs.”

Cr Christou said the Labor Party’s cynical decision to install a millionaire candidate from Bellevue Hill in the Eastern Suburbs into the electorate of Parramatta is a real slap in the face of local residents and demonstrates the disdain they have for our local community.

“This is the second time the Labor Party has parachuted an outsider into the Parramatta seat. Julie Owens was an outsider from North Sydney in 2005, now history repeats itself with this bloke from Bellevue Hill,” he said.

“They are opportunists who searched around for a place to land their rich mate, who was a former advisor to Kevin Rudd. What would a multi-millionaire know about the needs of hard-working Australians? What would he know or care about the day-to-day costs of tolls, expensive commutes to the City and dealing with infrastructure changes that are taking place here on our doorstep?

“Similarly, the Liberal Party didn’t care enough when it decided to abandon its residents in both Parramatta and Cumberland City Council. They abandoned the community in these areas and refused to endorse and run candidates.

“This has resulted in these Councils being taken over by woke Left-wing extremists who do nothing but contribute ideological nonsense at the expense of the ratepayer. Already, these now Labor-controlled Councils are considering imposing rate rises on their local residents to fund their big-spending ideological, woke and extreme agendas.

“It’s amazing that the Liberal Party is now asking the same residents, who they have betrayed and abandoned, for their support and approval… I understand what’s going on here. I live it every day.

“Our community continues to be greatly affected by Covid. It was forced to endure extended lockdowns, restrictions, curfews, extra police and the deployment of the army to our local streets. Tens of thousands of people were unable to go to work and support their families. They were unable to pay their mortgage, rent, bills, or put food on the table to feed their children.

“I have witnessed many businesses who were crippled and never recovered, closing their doors permanently and now we are experiencing an unprecedented flood crisis. The response by our elected leaders has been dismal and catastrophic to our local community because we are simply not on their radar.

“Hundreds of Cumberland City Council residents have suffered extensive damage to their properties, yet for some reason Cumberland residents have not been approved for the Federal Assistance Disaster Package, which neighboring Councils of Fairfield, Parramatta, and Blacktown have all received.

“When I was Mayor, I fought hard for my community and facilitated real change. The reason we were added for flood disaster payments was due to my advocacy. Sadly now, there has been a real lack of leadership and the community is suffering.

“By nominating as a candidate, I hope to provide and contribute to more positive outcomes for local residents as they will have a strong voice fighting for them.”