Olympic Games: Offering a ray of hope within a state of upheaval 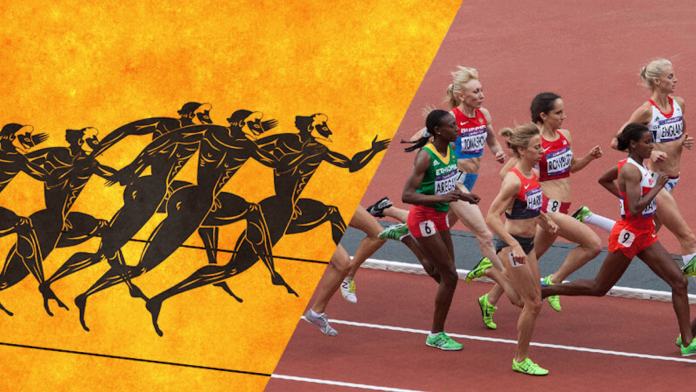 The Ancient Greeks were a civilization constantly plagued by many problems, such as war, political strife, tyranny, social injustice and many others. Yet every four years, the people would temporarily cast all that to the side and come together to celebrate the achievements of those participating in the greatest sporting event of the then-known world: the Olympic Games. Kind of like we do today.

Ancient Greece was surely far from the ideal place (or time) to live in. As newborn nations vied against one another over who would occupy the greatest territory, those who suffered the most by this constant turmoil were more often than not the lower class citizens, as they would be sent out to fight for their homeland in meaningless battles. Things weren’t much better for those who stayed behind however, since they were forced to deal with the many social disparities of that age, such as food shortages or no medication to heal themselves in case they came down with an uncommon disease.

The two greatest powers at the time were the Athenians and the Spartans, however this was also a time of migration for many of the people who lived on the islands towards central Greece and the rest of Europe. It was during these migrations that many civilizations from across the country first came into contact with one another, discovering their differences and establishing a first form of diplomacy. But on several occassions, this move was also considered as an of attempt to occupy foreign territory and was met with swift and brutal repercussions.

Yet somehow, during this onslaught of migration, warfare, shifts in constitution and overall hardships, the Greeks found a way to build common ground through a sports festival that would unite the whole country. And although initially only those from certain locations of ancient Greece were eligible to take part in the Olympics, in time it became an event that would bring together not only the ancient Greeks, but also all other great civilizations, such as the Romans, the Egyptians, the nations from Asia Minor and the Sicilians.

Everything would pause for a while and people would be given a moment of respite from their daily ordeals in order to witness the achievements of those who took part in the games. Sure, the world kept spinning, wars were still waged and many people still died from either starvation or illness during those days as well, yet there was also something to be a bit more optimistic about as a sense of unity and friendly competition brought everyone together to the city of ancient Olympia where they would discuss the events of the games.

It can be said that the emotion evoked by the Olympics has been kept alive even till this day. In a world plagued by illness – as not a single day goes by where we don’t read, see or hear something about the infamous Covid-19 – war (Middle East), internal strife within nations and many other issues, the greatest sporting event serves as a much needed breath of fresh air to take our minds off of all that, even for a moment, as we admire the efforts and celebrate the achievements of our respective athletes.

The argument that “since there are no spectators, there should be no games” is a popular one these days, yet can easily be debunked. The athletes dream of competing and winning in the Olympics and many people all across the globe tune in everyday to watch them do their best, hoping that they win. We can put Covid and everything else in the back of our minds for a short while as we join these young competitors in their attempts to claim that highly coveted olive branch.