Opinion: This is why I loved going to a Greek public co-ed school 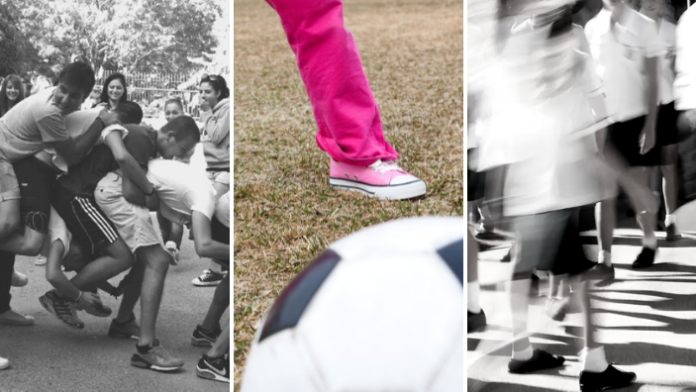 Having grown up in Greece, in a traditional family, I always believed that school alongside family is what prepares students for the journey called life. A journey that admittedly is not all roses and butterflies or dinosaurs and soccer balls.

I attended co-ed schools during my school and Uni years, I always had to compete with girls and boys in sports as well as academically and I spent most of my early life with bruised knees because I enjoyed the challenge of playing soccer with my male classmates more than playing hopscotch with the female ones.

Lucky I am still around and not mentally stigmatised (I think). Well, I learnt what the Offside rule is and I consider this a skill!

Almost two decades after I graduated from Senior High School, having lived in three continents and now a mother of two, I thank my parents for not even thinking of sending me to a single-sex school (there are not that many in Greece anyway).

Reading the comments in recent conversations sparked by a series of articles in Australian media, I can’t help but think how in an otherwise developed country we still need to converse about single-sex and co-education and different school uniforms for male and female students.

Understandably people are entitled to their opinions and I do get that it is easier for schools (or maybe businesses?) to run the show with same sex students -in terms of marketing and liability measures- but what about the future of our kids and the society we live in?

When did boys and girls became a ‘distraction’ to each other’s academic achievements and when did a relationship between students of different sex became a sin?

Oh man! I reminisce the high school years when at the parties we were waiting for Mariah Carey to it kick off, to dance to the blues and the normality of things back then! And my best friend, Babis, who was giving me tips on how to keep running when I was thinking I was about to die (in vain).

Political correctness is one thing but academic excellence and NAPLAN scores mean little to my Culturally and Linguistically Diverse mind, when sexual assault and the ill-treatment of women in the workplace have become national debate and the gender pay and superannuation gap are a constant.

Come on Australia, we can do better.

Maybe learn from your diverse communities this time around and all the CALD scientists, politicians, artists that call the country home.

I don’t want schools to teach my children times tables only. Nor do I want them to live in a protected bubble. I expect them to learn how to respect themselves and each other. How to be confident, create meaningful relationships and break stereotypes. The ‘boys will be boys’ attitude needs to stop here!

Would I have the resilience to stand on my two feet as a new migrant in Australia if I hadn’t had so many amazing male friends in my early school years? Would I have had the chance to write this article, if I haven’t had – as a woman and a professional – moved on, every time someone undermined me? It’s anyone’s guess.

It’s all about keeping the ball rolling, as I learnt from my male peers. If I can do it with grace, the better.