On this day in 1996, Greek politician Andreas Papandreou died age 77 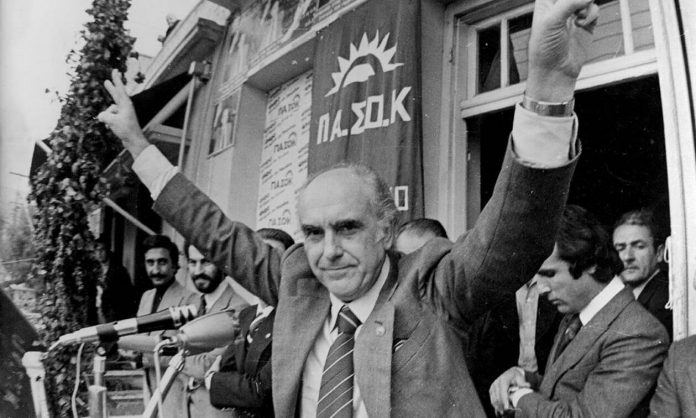 It was June 23, 1996 when Greece lost its first leftist Prime Minister and great reformist Andreas Papandreou, a politician who was adored by some and disliked by others.

Like all great politicians, Papandreou had many admirers and equally as many sworn enemies. His followers believe that he modernised Greece by ridding it of some conservative traditions. His opponents believe that he was a cunning populist who degraded Greek political life.

We take a look back on some of his achievements, 24 years after his death at the age of 77.

Andreas Papandreou was born in Chios on February 5, 1919. He was the son of George Papandreou, a revered politician of the Centre Union and lovingly called by most Greeks the “Old Man of the Republic.” His mother was Sofia Mineiko, the daughter of the philhellene Polish officer Sigmund Mineiko.

Papandreou attended the American College in Athens and studied law at the University of Athens. A Trotskyite, he was imprisoned briefly by the dictator Ioannis Metaxas and, when freed, fled to the United States, where he received a PhD in 1943 from Harvard University and obtained US citizenship in 1944.

His return to Greece and the establishment of PASOK:

In 1959, Papandreou visited Greece for one year on Guggenheim and Fulbright scholarships, heading up a research program on economic development. In 1960, he was appointed General Director of the Athens Economic Research Center and advisor to the Bank of Greece.

When his father became Prime Minister of Greece in 1963, Andreas gave up his US citizenship, returned to his native country for good, and won election to the Greek parliament as an MP for the Achaia region. His rapid rise in politics was halted however, when the military coup of 1967 occurred.

Papandreou was jailed for eight months after the military coup and was then released. He again went into exile, teaching in Stockholm and Toronto and leading the democratic resistance to the junta from overseas.

But after the collapse of the Greek military dictatorship in 1974, he returned home and formed the left-wing Panhellenic Socialist Movement (PASOK). His new party steadily increased its popularity and in 1981 won a sweeping victory, capturing 172 of the 300 seats in parliament.

As a candidate, Papandreou had advocated quasi-socialist domestic reforms while also calling for the removal of US military bases from Greece and for Greece to withdraw from the North Atlantic Treaty Organization (NATO). But once in power, he pursued more moderate policies.

The marriage and religious laws were liberalised and some government functions were decentralised, but the leases on US military bases in Greece were renewed and Greece remained in NATO. The generous social welfare programs undertaken by his government could be financed only by public borrowing on a large scale.

Papandreou’s combination of pragmatic policies with a strident anti-American rhetoric proved popular. His party won a decisive victory in the general elections of 1985, and he continued as prime minister. Late in Papandreou’s second term, his government was weakened by a grave financial scandal that forced the dismissal or resignation of three cabinet ministers.

Papandreou’s popularity was further diminished by his highly publicised relationship with a much younger woman before divorcing his second wife. Moreover, the huge budget deficits incurred by his government had led to rising levels of inflation and a growing foreign debt.

In the elections of June 18, 1989, PASOK lost its majority in the Parliament and Papandreou resigned from office on June 19. In 1992, he was acquitted of corruption charges stemming from the financial scandal and he continued as the leader of PASOK.

PASOK won a landslide victory in general elections in October 1993, and Papandreou again became prime minister, serving until ill health forced him to retire in January 1996. He passed away in the early hours of June 23 later that year, at the age of 77.

His son, George A. Papandreou, was elected prime minister in October 2009.