On this day in 1925, legendary Greek composer Mikis Theodorakis was born 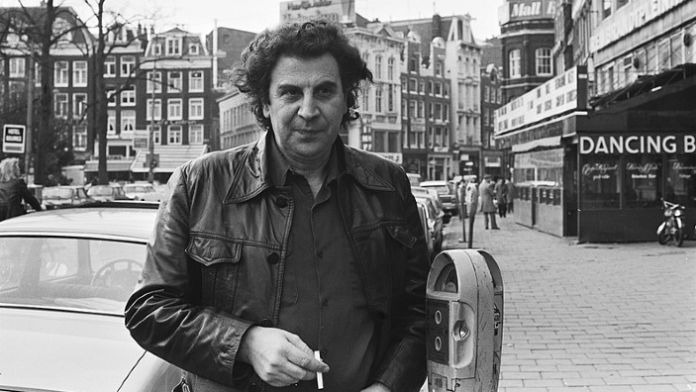 A legendary composer, politician and writer; Mikis Theodorakis is one of the most important and talked about personalities of modern Greece.

Michael (Mikis) Theodorakis was born in Chios on July 29, 1925, to a Cretan father and an Asia Minor mother. Due to the professional capacity of his father (senior civil servant) he spent his childhood moving to various cities in Greece, including Mytilene, Syros, Athens, Ioannina, Argostoli, Patras, Pyrgosand Tripoli.

Before World War II he had discovered his love for music and wrote his first compositions, while in 1942 he published his first poems, under the pseudonym Dinos May. In 1943 he settled permanently in Athens and continued his musical studies, with Philoktitis Economidis as his teacher. At the same time, he worked with the resistance, working through the ranks of EPON and the KKE. He was arrested by the Italians and sent to prison.

During the Civil War (1946-1949) he was exiled first to Ikaria and then to Makronisos. His political persecutions do not stop his creative work. He composed works of classical music and on March 5, 1950, his first play, “Festival of Asi-Gonia” (1946), was presented at the Orpheus theatre in Athens, by the Athens State Orchestra.

In 1953 he married Dr. Myrto Altinoglou (the couple had two children, George and Margarita) and continued his music studies in Paris. He continued to compose and in 1959 was awarded the “Copley” prize for the best European composer of the year.

One night in 1958, while waiting for his wife in the car, he read “Epitaph” by Giannis Ritsos and composed the first eight poems on the spot. In 1960 they will be recorded for the first time with the voice of Grigoris Bithikotsis.

With the imposition of the dictatorship of April 21, 1967, a new cycle of persecution and exile will begin for the composer, which will end in 1970 with the amnesty that will be granted to him after international outcry. The composer went abroad and gave dozens of concerts against the colonels, which will make him known everywhere as a symbol of the anti-dictatorship struggle.

During the Metapolitism period, his music was widely accepted and heard freely again. It became a point of reference for a new period for Greece and at the same time, remained a symbol for the fighters of many countries against totalitarian regimes.

In his sixty-year career, Mikis Theodorakis has written over 1,000 songs, many symphonic works, cantatas and oratorios, music for dozens of plays and tragedies, operas and music for the cinema.