On This Day: Greek theatre legend, Orestis Makris, passed away 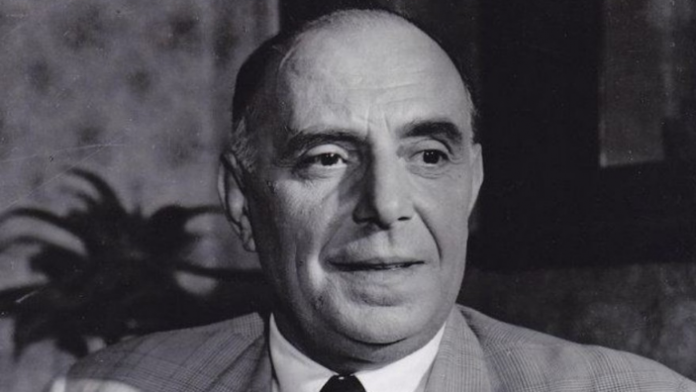 Orestis Makris was one of the most recognisable theatric performers in the early 20th Century, whose legacy remained throughout the development of Greek theatre.

Orestis Makris was born on September 30, 1899, in Chalkida. He studied music at the Athens Conservatory and at the age of 20 he enlisted in the Greek army.

He first appeared on stage in 1925 as a tenor of Greek operetta and after its decline switched to perfoming in 1932.

Theatre producer Antonios Vottis assigned him the role of ‘the drunk’ in the renowned theatric play “drunkard”. Vottis had written the play three years ago, yet could not find the right actor to perform.

Recognising Makris’ acting talent and great singing voice, he enlisted his talents for the role. Also performing in “The parrot of 1932”, singing the number ‘Me len bekri’, he became the overnight protagonist of the Greek theatre.

Over time he became familiar with the role of a drunkard, with the theatric actor reportedly being a heavy consumer of alcohol throughout his life. He embodied the same character on the silver screen in 1950, in the film of George Tzavellas “O Methystakas”.

Makris created the stereotypical character of a conservative, grumpy old man, who hides his kind and good natured heart within. This character type was immortalised in cinemain the films “The Grusuzis” (1952), “The Carriage” (1957), “Our Lady the “Mommy” (1958) and “Snow White and the Seven Elderly Men” (1960). According to critic Costas Georgousopoulos, it made him the founder of the neo-realist style of acting.

Due to his incredible contribution to Greek cinema and theatre, he was decorated with the Order of the Phoenix.

Orestis Makris died on 29 January 1975 in Athens and is buried at the First Cemetery in a family grave.