Greek Poet of the Week: Cavafy 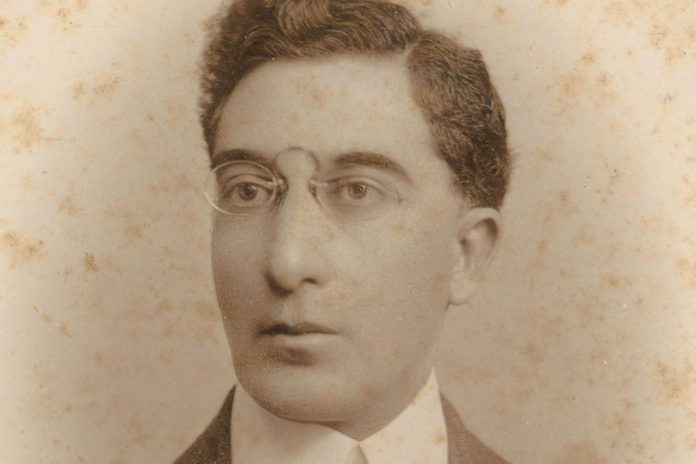 Born in Alexandria, Egypt on April 29th 1863, Cavafy was raised in the Greek district of Constantinople and is recognised as one of the biggest figures in Greek poetry.

Cavafy’s biography showed he wanted to be known as being from Constantinople by descent, but born in Alexandria. He described that he left whilst he was very young and spent much of his childhood in England.

During his lifetime Cavafy was an obscure poet, living in relative seclusion and publishing little of his work. This lack of concern for publication was due, perhaps, to the highly personal nature of many poems. Cavafy, who was gay, wrote many sexually explicit poems in the early years of his piety writings, however gained much critical acclaim from his philosophical and historical poems.

Cavafy is best known for his prosaic use of metaphors, his brilliant use of historical imagery, and his aesthetic perfectionism. He is also known as a very stoic poet, and most of his poems deal with his internal crisis of marginalization. Because of this, he only created about 200 poems, acting as his harshest critic.

Poet George Seferis, writing in On the Greek Style, believes that all of these attributes define Cavafy’s character, stating “All these things together make up the experience of his sensibility—uniform, contemporary, simultaneous, expressed by his historical self.”

Some of his most well-known poems include ‘Ithaka’ and ‘The City’.

Cavafy’s poem ‘Ithaka’ is a sentimental and philosophical piece that aims to remind readers that the journey is more important than the destination. This destination can be both physical and metaphoric, however many interpret this poem as symbolising the act of transitioning through life, from beginning to end, and to finally returning to one’s origins.

“Nacre, coral, amber, ebony, Egyptian cities where it’s possible to learn from the wise and to thrill at seeing a port for the first time.” Through this, Cavafy reiterates that the jouney may give the person treasures that are greater than the destination, and it is crucial to pay attention to every treasure.

The poem ‘The City’ has a quite personal and passionate meaning from Cavafy’s point of view. It follows the idea of constant moving and travelling across different countries, which Cavafy did according to his many different places of living. Though, the deeper meaning of the poem is reflected in the action of moving to escape. He reiterates the need to run away from a place one has lived, in order to forget their past.

The last line of the poem in Greek summarizes the core of the poem… “Ετσι που τη ξωή σου ρήμαξες, εδώ στην κώχη τούτη την μικρή, σ’ολην την γή την χάλασες. One of the more passionate translations of the last line reads “Just as you’ve destroyed your life here, in this small corner, you’ve ruined its worth everywhere, over the whole earth.” This translation is said to best capture the spirit of Cavafy as his literary perfectionism, stoic nature and nomadic past are dramatically emphasized.

You can follow The Greek Herald’s poet of week every week here: https://greekherald.com.au/blog/category/culture/