‘It brings people together’: VAFA President George Voyage OAM on what community sport means for our society 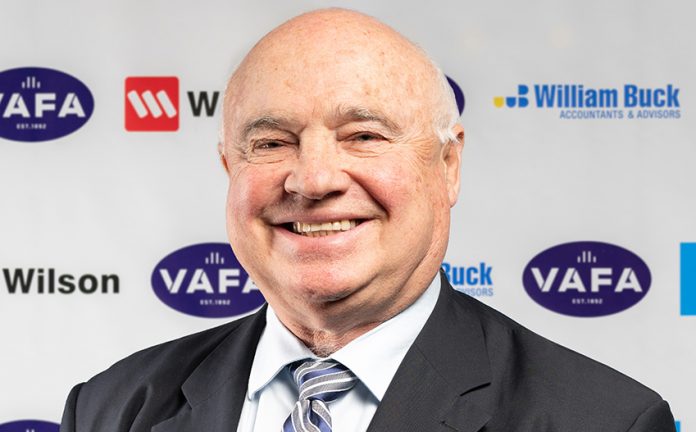 At a time when Australia’s greatest athletes are playing on the Olympic stage, we remember where they started. The grassroots sports, or community sport, which remains one of the greatest representations of Australian sporting culture.

There are many people in the community who have dedicated their life to the progression of community sport, to ensure it survives the global COVID-19 pandemic. George Voyage OAM is one of these people.

A second-generation Greek Australian, Voyage was born in 1952 to a Castellorizian father and mother, with his father emigrating to Australia after WWII while his mother emigrated with her family in 1919.

“Mum was born here and she’s got two brothers, both of whom played league football for Hawthorn. They’re probably the first Greek Australians to play league football, play AFL,” Voyage said to The Greek Herald.

As probably observed in the name Australian Football League (AFL), Voyage’s parents weren’t very familiar with Aussie staple upon first arriving to Australia. However, it didn’t take long for them to become familiarised with Aussie culture after establishing a restaurant in Melbourne.

“My dad, when he came, immersed himself in Australian life, as did tens of thousands of the young men and women who came to Australia at that time. And they tried to become part of society,” Voyage said.

“So once dad had met my mother…. he’s just come from Europe and Mum’s two brothers are playing for Hawthorn. So, of course, Dad’s going to be involved in that straightaway.

As many say when it comes to sport, it runs in the blood. This was the case for George, who immersed himself in Australian football from a teenager. In 1970, while finishing his schooling at Caulfield Grammar School, he joined Old Boys Football Club as a player in the under 19 team.

Playing an outstanding 240 games, eventually finishing his playing career in 1997, George eventually became a coach. He then went on to become part of the board and is now President of the VAFA, the Victorian Amateur Football Association.

While community sport is a way of getting exercise and engaging in physical activity, George recognises that it’s so much more.

“I’ve always had an interest in the amateur ethos and the amateur environment that we that we have,” George said.

“I’ve always liked people playing sport for the sport side of things, not for financial gain. Because I think sport is more than just the sport itself.”

“It’s a community, it’s comradeship, it’s engagement with people, respect for people and joining with people of all different ages and backgrounds.”

“For example with football, you could be in the crowd, a blue collar worker, for example, and you’re standing next to a high court judge, for example, at the same venue. At the same table, having a drink together after the match.

“It brings people together. And that really appeals to me.”

And at a time when it’s more important than ever for people to come together as a community, George says there is plenty of opportunity for government involvement to help sports grow.

“We’ve had an explosion in the number of females that are playing, yet the facilities are far behind what they need to be for women,” George said.

“So it’s a never ending task.”

In 2021, George Voyage received an Order of Australia medal for his work with amateur sport in Australia, specifically with his involvement with the VAFA and cricket.

“I was really humbled and really honoured to receive that. I was taken aback because I’ve enjoyed every moment of it,” George concluded.

“They’re both sort of bastions of our society in Melbourne. So if you can imagine, the VAFA is a really big organisation and to work my way through and be president, that’s a great honour.

“And then for cricket, I’ve been involved for a long time at those two prestigious clubs (St Kilda Cricket Club and Brighton Cricket Club) and it’s a great honour to be recognised for volunteer work at all stages of being a volunteer.

“I guess that’s also representative of thousands of other people like me that selflessly donate their time.”